One More Thing on the Topic of Eurovision 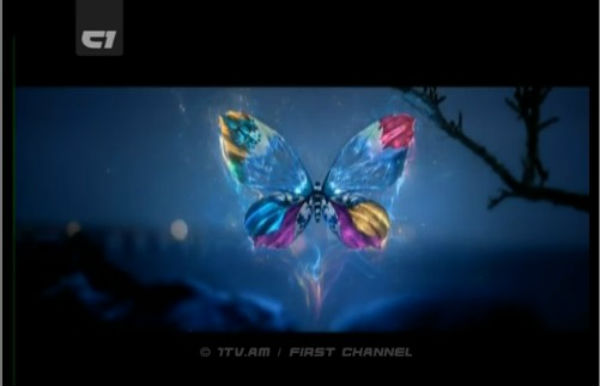 It should come as no surprise to anyone that every year Eurovision is accompanied by scandals and talk mainly of a political nature, and the Internet is flooded with “who gave how many points to whom,” “what do votes cost,” and “Azerbaijanis who voted for Armenia’s entry were called in for questioning by the state security service,” and other such news.

This year, indeed, not addressing these would be a journalistic faux pas, at least for two reasons:

This issue was addressed by Mediamax news agency director and Dorians producer Ara Tadevosyan in his piece “Alcohol is Free, or On Eurovision and Dorians” [AM].

(b) The scandal took place at the highest level — with Russia’s and Azerbaijan’s foreign affairs ministers weighing in on the matter.

According to the official results, which were made public in Malmö, Azerbaijan gave no points to Russia though the latter gave the former the highest possible number of points (12). Immediately after the 2013 Eurovision Song Contest’s Grand Final, the following day, Azerbaijani officials declared that actually Azerbaijan had given Russian 10 points.

The voting, according to them, was rigged and their votes weren’t counted. The details of this unprecedented story can be found here.

Nevertheless, these annual highly politicized discussions, despite their inevitability, divert our, that is, media consumers’ attention from another also important topic; that is, television broadcasting and commenting of Eurovision.

For at least two days (the semi-final and the final), Armenia’s state broadcaster allocates prime time (while selling advertising) to this event.

And an entire country at least for two days is forced to listen to young people with merry voices straight out of the Young Pioneer Organization of the Soviet Union, who based on a pre-approved script, one echoing the other, read the news on the official Eurovision website about who was, say, the Albanian contestant “before the revolution.”

In line with good old school traditions, the commentators from time to time issue patriotic appeals and voice requests to God that have lately become quite timely.

I’ve watched the Eurovision Song Contest in its entirety only twice in my life: once, this year; and once, in 2005, in the UK.

In London, I lived in a student dorm where there was no TV, but my friends assured me that to live in the UK and to never listen to Terry Wogan’s Eurovision commentary was simply unacceptable.

Wogan, who was BBC’s commentator for Eurovision from 1971 to 2008, is a star on British television and radio and is known for his critical, humorous, and even sarcastic comments.

You can read a collection of his quotes in this Guardian story titled “Please don’t ask me take it seriously” (referring to Eurovision). Obviously, finding a commentator of Wagon’s calibre in Armenia, who would then turn the logic of this entire contest on its head, is practically impossible.

But I think it’s more than possible to get out of this “school-age” style and incorporate more knowledgeable, interesting, witty, and unconstrained commentators.

As for watching Eurovision this year, after wasting quite a bit of time in front of the TV, hearing stupid jokes by the commentators, “lamenting” our [i.e. Dorians’] loss, and getting meaningless information about anything and everything, I clearly understood why those who have the choice and the opportunity watch such events (including football) on other — non-Armenian — TV channels.