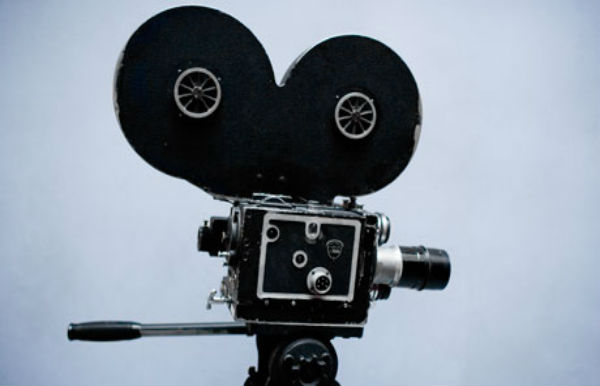 There are subjects that in Armenia’s media become oddly distorted, sometimes even becoming disinformation. One of these topics is cinema, especially when referring to cinema works that in some way are associated with Armenians.

Two years ago, for example, National Cinema Center of Armenia Director Gevorg Gevorgyan declared that he was going to contact Steven Spielberg, suggesting he make a film on the Armenian Genocide.

This information wasn’t definite;  also unclear was Spielberg’s role in the possible film (as a director? producer? or advisor?). The statement was more so a wish, speculation, which the cinema center director expressed publicly — in order to attract more attention to the work of the center that is under his leadership.

Nearly all the local news outlets actively circulated Gevorgyan’s statement, that Spielberg and Schindler’s List screenwriter Steven Zaillian (who is of Armenian descent) are interested in the idea of making a film about the Armenian Genocide. Some news outlets reported this as fact. The news was music to the ears — Gevorgyan and Spielberg are in talks to work together, so that the sensitive and painful topic of the genocide can be heard around the world loud and clear.

Then it became known that the news was unfounded, as the Armenian party hadn’t officially entered into talks with Spielberg and Zaillian. By the way, Armenian readers were informed of this through Turkish news outlets (a correspondent for Hürriyet had contacted Spielberg’s agent and set the story straight).

With regularity, information related to cinema appears as unfounded news on the threshold of international film festivals, when Armenian media begins to herald the participation of films having any connection to Armenia or Armenians that are in film festivals.

The Cannes International Film Festival kicks off on May 15 this year, and already various local news outlets (including also those that have weight) have reported that Armenia will be participating with several films and in several programs at once.

Yerkir reported, “Armenia to take part in Cannes film festival with two films,” citing the remarks of the National Cinema Center of Armenia’s director: “Vigen Chaldranyan’s film The Voice of Silence is already represented in the list of nominations in the Best Foreign Film competition program, while the Armenia/France/Ukraine co-production Paradjanov: The Lover of Beauty will be represented [in that list] soon.”

The journalist had then resolutely turned the word “represented” into the article’s headline.

168.am reported: “The film Paradjanov has been represented in three programs at Cannes festival.”

Armenpress announced that Armenia’s “presentable participation will be in not only the competition program, but also the film market” (translated from the original Armenian).

Involuntarily, a question arises: how do you know that these films have been selected to participate the competition program?

According to the official Cannes International Film Festival website, though the the selection committee completed its work on Mar. 15, the official program of participating films will be made public mid-April — at the press conference. Until that time, news of any participating films is only a wish and not fact, since the status of all nominated films are known.

Confirming this news requires only a few seconds to check the film festival website — as well as to confirm that there are programs for competition, out-of-competition, and special screenings (they are, indeed, various). Films can be screened also at the Marché du Film in a national pavilion (though there are only 10–15 such places).

Oh, and one more thing: “nominations in the Best Foreign Film competition program” (as reported by Yerkir.am) does not exist at the Cannes film festival.

The practice of publishing information without fact checking and news outlet’s “by the way” modus operandi not only harms film production companies and, to a great extent, Armenia’s image, but also really misleads news consumers — that is, all of us.

At the end of the day, the National Cinema Center of Armenia or an individual filmmaker are just conveying their point to view to the journalist — a point of view that blindly believing or quoting verbatim is not justified, if the journalist’s critical view (even if briefly mentioned) is not added to the report.