Amusing Start to the Year… and Armenia’s Presidential Elections 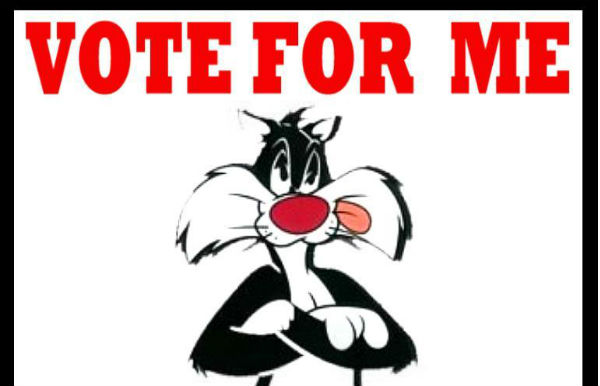 According to custom, the first days of the new year are considered “television days”. During the holiday season, a significant portion of Armenia’s residents become TV viewers, even those who don’t usually sit in front of the TV on other days of the year. And naturally, the content of TV programming in early January is always entertaining and musical (in other words, light). The news also becomes “lighter” and acquires a holiday touch.

But added to the viewed-hundreds-of-times TV programming of song, dance, comedy, and Soviet films this year was a new, temporary genre, which conditionally could be called “amusing politics”.

The start of 2013 coincided with the start of Armenia’s presidential election campaign period, with various candidates declaring their intention to run or not run in the upcoming Feb. 18 election.

At the whim of circumstance, this period turned out to be quite amusing, since many of the presidential hopefuls were grotesque, emotional, or exotic characters, who actually cheered up the audience.

The stories of candidates’ election deposits (which all candidates are required to pay), recreational pursuits, hobbies, and ideas continue to become a light and amusing source of material for local news outlets — especially since some of the candidates in all seriousness don different comical masks.

For example, one calls himself “an honored unemployed man”; the other, a fan of Stalin and the USSR; the third, a karate master who wants to gather a small team and who appears on television exclusively wearing a kimono and while training on a tatami.

TV stations with great pleasure report all of this since the amusing political figures provide the charm of news and the humor component at the same time. Of course, television reporters point out that everyone has the constitutional right of becoming president, and their news outlet prepares reports taking that very point into consideration. And by the way, those reports, as a rule, are concise, buoyant, and much like a clip from a music video.

Shant TV, in its Jan. 13 episode of Kiraknorya Horizon (“Sunday Horizon”), for example, filmed an adventurous report in the genre of political comedy about candidates who didn’t pay their electoral deposit.

Armenia TV’s Sur Ankyun (“Sharp Corner”) adds its dose of mockery to the task of braiding together bread (the holiday merrymaking) and performance (the abundant and vivid list of those wanting to be president). For example, in its report-pamphlet, it suggests announcing holiday sales for the electoral deposit.

Kiraknorya Zham (“Sunday Hour”) openly mocks the candidates, noting that a “a holiday abundant list of presidential candidates” has been compiled. Generally, the main context of Armenia TV’s political news was that trust in the outcome was more important than the elections being competitive. But who disagrees? Of course the outcome is important — and the process that leads to that outcome.

Year by year the elections in Armenia become more balanced and transparent, and it seems this time there are plans to set a record on transparency, since both presidential candidates and those who opted out, as well as the news outlets making candidates’ faces recognizable, are working according to a near perfect level of transparency.

It’s understandable that local news outlets have found themselves in an interesting position: on one hand, it’s necessary to be balanced; on the other hand, how to suppress the lure of preparing caricature-based reports?

At the end of the day, we have to show that the upcoming presidential elections will be not only transparent, credible, and fair, but also competitive — for some people, of course.