Earthquake in the Soviet Press 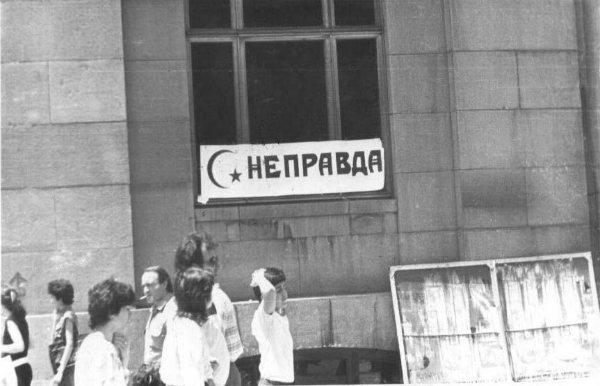 After the 1988 earthquake in Spitak, northern Armenia, chief editor Viktor Afanasev of Pravda, the central organ of the Communist Party of the Soviet Union, sent his condolences to the Central Committee of the Communist Party of Armenia, which contained the following call: “Let us forget our divisions, misunderstandings, incomprehension. Our great Union won’t leave you in misery, will help you, free you from misfortune.” There hadn’t been any insults exchanged between the Armenian Communist Party’s Central Committee and Pravda. This was a call directed to the Armenian people. That is, on one side is the paper, an organ of the ruling and only political party; on the other side, an entire country, a people, which is being generously urged to forget about the “divisions”. What is being referred to on one hand is about the strikes and mass demonstrations for the self-determination of Nagorno-Karabakh, which shook Armenia from February 1988, and on the other hand, about the disinformation or blockade of news, which “central” Moscow news outlets subjected the movement to, which, in turn, evoked a wave of indignation, ridicule, and insult in the “rebellious” country.

Contrary to its appeal, Pravda, in its Dec. 8 issue, does not publish a single word about the earthquake in Armenia…

“‘Volodya,’ I’m imploringly looking at our photo correspondent Vladimir Govorukhin, ‘you have to take a photo of this…’ Everyone has to see this. All those who give everything they can to Armenia… And all those who openly sneering throw it away: ‘God punished them.’ There are few like that but they exist,” writes A. Abdulin in Rabochaya Gazeta, when he sees people who’ve suffered serious injury from the catastrophe. This quote gives an idea of the hatred toward Armenians that Soviet news outlets had absorbed before the earthquake, that there were those who were “openly” happy about what happened…

I came across such surprises when I began to prepare an exhibit dedicated to the media coverage of the 1988 earthquake for Internews Media Support NGO’s Lratun project.

Pravda‘s silence was likely due to General Secretary of the Communist Party of the Soviet Union Mikhail Gorbachev being in the US at the time and preparing to give a speech before the UN. If the newspaper wrote about the extent of the Dec. 7 catastrophe, readers would ask why Gorbachev didn’t immediately return.

On Dec. 8, newspapers in Armenia published reports about the earthquake and Council of Ministers of the Armenian SSR Chairperson Fadei Sargsyan’s televised speech on the disaster. But Gorbachev’s US visit occupied the top portion of newspapers’ first pages — the dire “local” earthquake was second in importance. Even the stories on the first page of the Dec. 9 issue of Grakan Tert (“literary newspaper”) were arranged according to the same logic; pages 2 and 3 were on Gorbachev’s speech; page 4 was the translation of Israeli author Hanoch Bartov’s story “The Foreigner”. Also published in the weekly newspaper was encouraging journalistic content by two Armenian authors.

Though the tragedy was still fresh and days of mourning were declared in Armenia, the Soviet press didn’t forget its function of quenching the Armenian-Azerbaijani conflict. The Socialisticheskaya Industria paper reports on the echelon of fuel sent from Baku, Trud describes how Azerbaijan is prepared to house 4,000 earthquake victims in sanatoriums. Considering the massacres and forced displacement of Armenians weeks, even days before, this news comes across as mockery — no Armenian would go there. But the mockery is understood only by Armenians and Azerbaijanis. The Soviet Union’s remaining 290 million population might accept the news smooth like melted butter — as a vivid display of “socialist internationalism”.

Foreign papers published during the same period show how a catastrophe should be covered, even if it’s not your people’s calamity. In order not to go “too distant,” let’s compare the aforementioned coverage with that of France’s likewise communist newspaper L’Humanité. It devoted pages 1–5 of its Dec. 9 issue to Armenia. “Tragedy in Armenia” on page 1, “Armenia Beneath Ruins” on pages 2–3, accompanied by photos from Reuters and Agence France-Presse. “Tremendous Compassion in France” on page 4, as well as news that Nobel Prize laureate Andrei Sakharov, who was in the US, urged the USSR authorities to allow international humanitarian organizations to provide aid to earthquake victims. Page 5 was a scientific perspective on earthquakes in the Caucasus.

The Sunday edition of L’Humanité was sold at a higher cost than its regular edition — with profits going toward aiding earthquake victims. With the same purpose in mind, the paper also initiated a charity sale of cards of Armenian artist Martiros Saryan’s paintings; sold at prices higher than usual, so that during the Christmas holidays French children would buy them and send them to their Armenian peers. A full-page or quarter-page announcement published in several consecutive issues is accompanied by the photo of the “Madonna of Spitak” Marine Noroyan (photographed by Mikayel Kalantar and Mkhitar Khachatryan).

Only the behavior of Pravda and newspapers in Armenia more so characterized the Soviet press of the day. The press of today had begun, due to a significant extent also by the Spitak earthquake, which destroyed the perennial barriers of Soviet censorship.

Unlike Pravda, the more “reconstructive” Izvestia declares news of the earthquake on page 3, keeping quiet about the real extent of the catastrophe. The headline reads “Earthquake in Trancscaucasia” (the translation is as was accepted then, when we, looking at ourselves from Moscow, called ourselves Transcaucasia) — at a time when there was no serious destruction in Georgia or Azerbaijan.

But Komsomolskaya Pravda already, the correspondents of which reached “Leninakan [present-day Gyumri] 6 hours after the fact, when tragedy had been raffled in the city,” reported on the terrible devastation. The Dec. 9 issue of Vechernaya Moskva was published in 32 pages, several times lengthier than usual; the cost — 32 kopecks, nearly 10 times more expensive than usual, the profits of which were to be used for charitable purposes (is this perhaps not an reproach to Armenian editors?). This newspaper’s reporter David I. Guy could be found in the disaster area for a long time, and his correspondences were later published in a separate book. 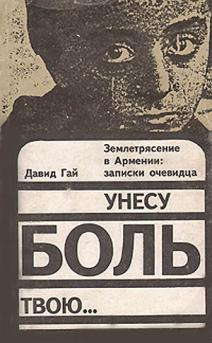 This is huge progress compared to coverage of the 1985 Chernobyl nuclear disaster, of which Soviet news outlets informed their people and the world when the radioactive clouds had already reached Scandinavia — a delay of about 4–5 days.

The press cites international law. Leningradskaya Pravda writes, “according to international laws, a city in which an earthquake of more than 8 [on the Richter Magnitude Scale] occurs becomes open for the International Red Cross.” When Yuri Trefilov, author of an article titled “When the stones are crying,” draws parallels with Tashkent, where the Soviet Union kept the earthquake’s magnitude, victims, and extent of devastation secret from the world, so not to allow the West to get in contact with its citizens.

Lingering in New York, Gorbachev made a speech at the UN, declaring that the USSR will be more open in its relations with the world. The world understood his message, and offered its assistance. The day following Gorbachev’s address, Prime Minister of the UK Margaret Thatcher calls a popular morning radio program and expresses not only deep sorrow concerning the tragedy, but also willingness to provide assistance to Armenia (“The bells of Big Ben are breaking the sad news of whose death?” said Vladimir Simonov, APN and Literaturnaya Gazeta special correspondent). Only to accept unprecedented international assistance is the Soviet customs and entry procedure simplified.