The Natural Flow of Things 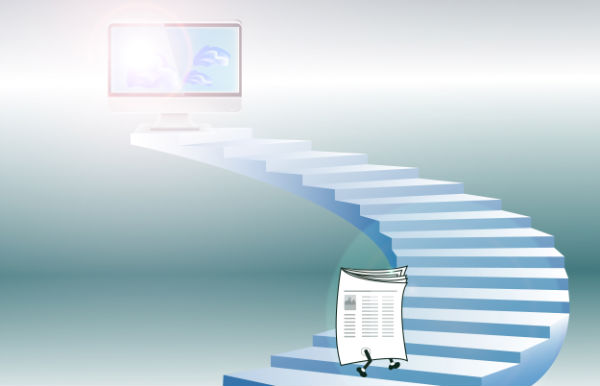 While trying to evaluate the progress and achievements of journalism and journalists in post-Soviet Armenia, I, unwittingly and getting caught up in other matters, lost sight of my actual subject and purpose.

And now, returning to my actual topic and purpose, I am beginning to understand that in demonstrating the progress and achievements of journalism and journalists in post-Soviet Armenia, it’s necessary to strain our memory and try to describe that progress from its first days, when the Soviet Union hadn’t yet collapsed, but the Karabakh movement had already begun and advanced quite a bit, and the consternation of the Movement had already penetrated the Soviet press — with the late Kamo Vardanyan’s “Evening Yerevan,” the late Aidin Morikyan’s “Avant-garde,” and the late Movses Gorgisyan’s monthly publication Hayrenik (“Homeland”). There was also the weekly Hayq, which until the Pan-Armenian Movement coming to power was quite interesting and progressive. There was Lusavorich (“Illuminator”) and several other newspapers.

After the collapse of the Soviet Union, Yerkir, Azatamart, Azg, Munetik, Lragir, Aravot, Chorrord Ishkhanutyun, and Haykakan Jamanak emerged, then many others. Their emergence, first of all, ensured employment for journalists and basically, a journalism class surfaced and came into existence already in the first decade of Armenia’s independence. Particularly during those years, journalists overall were paid quite well and generally were well-off — especially RFE/RL’s Armenian service (Azatutyun) journalists.

Also during those years, journalism was desirable work: beginning then and till today the youth tried their hand in this field — and by the way, among them very few were graduates from journalism faculties because in the post-Soviet journalism sector, grammatical knowledge was desirable, it’s true, but there were other, additional skills that were not only desirable, but also obligatory.

And especially during the initial post-Soviet years, faculties of journalism didn’t teach these skills to students, and so it was that journalism faculty graduates, as a rule, didn’t become journalists (excluding minor exceptions, of course). The main reason for this is that during the initial post-Soviet years, those managing and teaching at faculties of journalism didn’t have have a clue how journalism should be under conditions of press freedom and the absence of censorship.

And though all this already exists, in the last year journalism in Armenia has become specially lively — first of all, due to news websites, but perhaps also because of them, since the rise, development and dissemination of online news media is quite a serious obstacle for the development and even existence of print media. I won’t even go into the fact that often a newspaper’s own website conquers its print version in terms of timeliness (i.e. the news is published online before it appears in the print version).

It remains to hope that print journalists and those responsible for print media will find a way out of this complex situation. It’s difficult but not impossible.