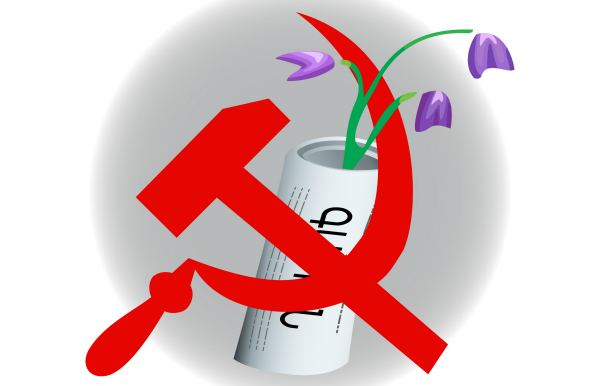 No matter how much we find fault with Armenian news outlets and journalists, journalism is one of those unique areas that in the two decades of Armenia’s independence has achieved some notable successes and progress — in comparison with Soviet Armenian journalism, that is.

The progress, of course, is mainly explained by the visible and tangible freedom of speech and freedom of the press evident in post-Soviet times; however, this explanation isn’t definitive either because not only journalists, but also writers and other artists have had the profuse opportunity to avail of freedom of speech in the last 20 years.

But if freedom of speech and of expression hasn’t led to qualitative changes and serious achievements for writers and other artists, the achievements and changes are evident in journalism: that is to say, journalists have more fully and completely enjoyed freedom of speech and the freedom to speak than writers and other artists.

But returning to journalists and journalism, I have to say, my remarks mainly refer to daily and weekly newspapers and their reporters. Though I said that in the two post-Soviet decades of independence, journalists and journalism made significant and substantial progress, nevertheless, today we don’t have a monthly publication equivalent to the Soviet Armenian magazine Garun (“Spring”). Despite several attempts to publish magazines, no Armenian magazine has achieved the audience that Garun had and this is an indisputable fact.

And if we dig deeper into the reasons for this, we might perhaps come to the wrong conclusions. However, one of the reasons is on the backdrop of the lack of freedom and dullness of the Soviet press, the partly free and quite fresh Garun positively stood out — almost the same way Grakan Tert (“Literary Newspaper”) of that time stood out — because the relative, restrictive, and partly free expression during those years was ensured mainly by writers and artists, and Garun was the first and last Soviet Armenian songbird.

Garun’s moderate freedom wasn’t so much due to the efforts of journalists as it was to writers and poets, and since the Garun of that time contained and even compelled a certain amount of freedom, us poets then did everything to be worthy of that Garun and it seems it was working.

But I don’t mean to say that we didn’t internalize the censorship of that time. We, cherishing our portion of moderate freedom, nevertheless, didn’t surpass our limits, and journalists likewise were within their limits, and though Margo Ghukasyan and Zori Balayan wrote articles in that same Garun against nuclear power and though Silva Kaputikyan from time to time would write articles against Russian schools, nevertheless, all were within limits because in the same building that housed Garun, three floors below Garun’s office, was the omnipotent General Directorate for the Protection of State Secrets in the Press under the Council of Ministers of the USSR (abbreviated as “Glavlit”), and in order to avoid unwanted confrontations with Glavlit and with censorship, we passed our writing first through our internal Glavlit, sometimes giving a feint to our real and internal glavlits.

And this work was done by the most successful poets among us, relying on our metaphorical and figurative arsenal, and probably that’s why my and those of my generation’s writings of those years were excessively metaphorical and “between-the-lines,” and the generation that preceded us was also like that. Especially metaphorical and “between-the-lines” was Hrant Matevosyan’s prose and what was bizarre and interesting was those permanent metaphors successfully bypassing and regularly simulated for the Glavlit and for censorship eventually became real and true censorship.

And though many literary critics and the literati extol our literature of that time, it crosses the mind of a few that the wealth of the images and especially the “between-the-lines” of the works of writers and especially poets of that time was also the result and product of the censorship and restrictions of that time.

I intended to write about the progress of modern journalism, but my reflections took me in a completely different direction. It turns out that nostalgia is not particularly alien to me either.

As for the progress of journalists and journalism in Armenia in the years of independence, we will have a chance to talk about that later — especially since it is still in progress.