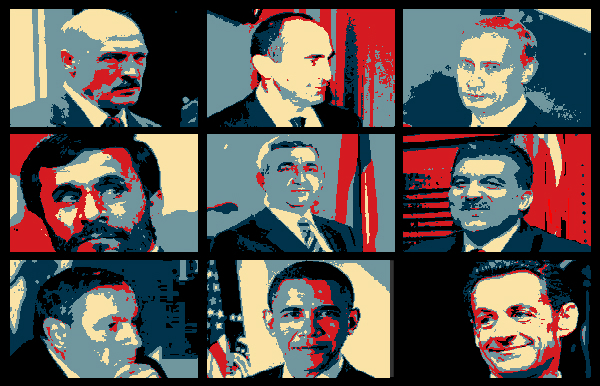 Many rookie journalists believe an interview with the president will make them famous and be the peak of their career. Of course, perhaps for some time their peers will regard them with admiration and envy, but time will pass, and everyone will forget about it. The journalist will attain success not by the actual fact of the interview with the country’s leader but through the questions he asked and how successful he was at getting answers that interest and concern the public. Also, our profession demands daily successes — one interview means nothing.

I have to confess that I too felt myself in seventh heaven when the country’s leader allowed me to interview him. In 1998, after then president Levon Ter-Petrossian’s resignation, Robert Kocharian was the acting president, presidential candidate, and prime minister. The presidential candidate’s press secretary (current Member of Parliament Aghvan Vardanyan) didn’t refuse my request for an interview. I prepared the questions in advance, though of course I was also expecting to have new questions during the interview itself.

I knew also that Kocharian usually spoke in a low voice and that the audio recorder should be kept a bit closer to him, though of course while keeping the rules of ethics (some Armenian journalists sometimes shove the recorder practically into the interviewee’s mouth). At the government building they were already waiting for me; the first who greeted me was Grigory Sargsyan, who at the time assumed the roles of both the prime minister’s driver and bodyguard. At the reception I was greeted by the prime minister’s press secretary Hasmik Petrosyan and then assistant but current Vice Prime Minister Armen Gevorgyan. Prior to opening the head of government’s door, they warned me that time was limited and we couldn’t talk for more than 25–30 minutes. I, of course, tried to respect this request, but we were so swept away during the conversation that the prime minister’s assistant entered the room about 2–3 times and pointing to his watch made it be known that it was time to wrap up. It was interesting that we were alone during my interview with Kocharian — no one was present during our conversation. I have to say, Kocharian responded to all my questions and didn’t even imply that our time was up and we have to end our conversation. I only had one difficulty during that interview: deciphering what I audio-recorded. Apparently, despite all the measures I undertook, the answers could be heard only slightly on the audio recorder — the acting president again had spoken in a very low voice. I was forced to spend the entire night (till 6 am the following day) deciphering what I recorded, listening to each sentence several times.

That interview, considering the several instances the local and foreign press republished my piece, I believe, was successful. The public became acquainted with Kocharian’s various views for the first time through my piece — due to which I was able to once again secure an interview with the second president of the Republic of Armenia. I’ve also interviewed Moldova’s president, communist Vladimir Voronin; Georgian President Eduard Shevardnadze; and during the presidential election, campaigning presidential candidate Serzh Sargsyan (in Abovyan). However, never has first president Levon Ter-Petrossian agreed to an interview — for some reason, he preferred to communicate mainly with foreign journalists.

I advise newbie journalists prior to interviewing the country’s leading figure to prepare questions beforehand, during the conversation not to try immediately to have the interviewee like you, which is why the questions have to be current and of concern to the public.

Also don’t agree to written interviews — when the questions are sent beforehand and the answers are written usually by the press secretary. Nothing can replace a direct conversation, especially with the country’s leader.

During the conversation never falter; don’t allow the interviewee to avoid the answer to a question.

Guide the interviewee if you find that he is essentially avoiding answering you.

Try to be well-informed of the questions that you’re preparing to ask the president — officials like informed journalists.

Smile and don’t be tense. The president is a person like you and is not devoid of all that is characteristic of ordinary mortals.