Media Chaos: What to Do When Distinguished News Media Competes with Tabloid News? 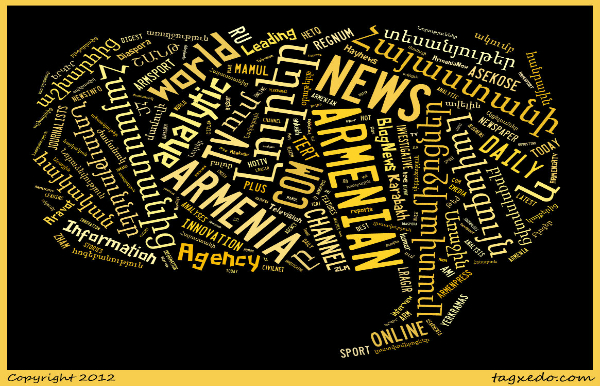 There was a time when news outlets were clearly divided into TV stations, the print press, radio stations, and so on. Everything was quite clear and understandable then. A person chose the newspaper or channel he liked and knew approximately what other newspapers and channels there were other than the one he chose, which he neither read nor watched (or listened) for various reasons.

However, for one, two years now everything in Armenia has changed. It’s no longer surprising for us that a print paper might have an online TV program. Even the opposite is true — many are surprised that there are still editorial staff who find it difficult to adjust to implementing such multilateral formats. The new media format, which the Internet imposed, blurred news outlets’ boundaries.

On the other hand, the reinforcement of the online aspect created a new situation. All the news outlets now compete in the same space. On the same platform today are the yellow press, the analytical and journalistic platforms, news agencies, investigative journalism and the entertainment platforms. Mainly assuming the role of a competitive platform is the Armenian web resources rating site Circle.am, the parameters of which are accepted by the majority as quantitative ratings of good, sound quality.

Furthermore, competition prompts those news outlets that don’t consider themselves tabloids to compete with poor quality platforms. Since in such conditions it’s not possible to win and at the same continue working within professional and ethical norms, a situation is created whereby the entire news media sector is becoming “yellow“. And this is happening at an indescribable speed.

It’s a fact that only a few Armenian news websites are outside of this competitive struggle — Panarmenian.net, Azatutyun.am (RFE/RL’s Armenian service), Mediamax.am, and Arminfo.info. While the rest — TV stations, blogging platforms, news aggregators, and even websites publishing tabloid news — are competing in the same space.

“An American nurse suffers from multiple orgasms” or “A child collecting money fell under the bride’s car and died (video)” — if competition with the tabloid press continues and the news media industry doesn’t clean itself up, then more and more we’ll be reading stories with such headlines in leading news outlets.