The Chronicle of Armenian-Azerbaijani Cyber War 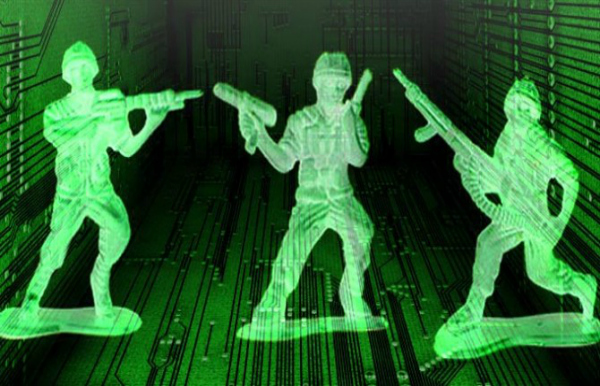 The first two days of September turned into an exchange of fire between Armenian and Azerbaijani hackers, which, it seemed, exceeded the historic events of 2000 in scale.

This time too the first attack came from Azerbaijani hackers. Inspired by the events surrounding Ramil Safarov, Azerbaijani hackers attacked a couple dozen Armenian sites, where they posted the convicted murderer’s photo. For example, Children.am (screenshot), belonging to a foundation that assists children diagnosed with cancer, was hacked, as well as Manuk.am (screenshot), which offers programs assisting orphanages.

Armenian hackers then suddenly began a counter-attack (it’s important to note that in recent years, mainly active are Azerbaijani hackers; there are practically no attacks by Armenians). Several state sites were attacked — Azerbaijan’s presidential, Ministry of Justice, Ministry of Communications, and Ministry of Culture sites. These sites weren’t accessible for almost one day after the attack.

Several dozen more sites were hacked from both sides, which were trying to shut down each other’s news media. On Sept. 1, both sides began DDoS attacks on both countries’ main news sites. From the Armenian sites, ArmenPress officially announced that it was hacked, but it continued to operate. Furthermore, Panorama.am and PanArmenian.net experienced obvious difficulties but continued to be accessible.

For Azerbaijani news sites the situation was more dire. For nearly two days, the main Azerbaijani news sites — 1news.az., Day.az, Apa.az, Vesti.az, Musavat.com — were inaccessible. Due to the intensity of the DDoS attacks, some of the sites were obliged to change hosting providers. 1news.az announced on its Facebook page that the attack was unprecedented.

Apart from DDoS attacks, news sites were also directly hacked. Armenian hackers succeeded in temporarily shutting down Trend.az, displaying instead a propaganda poster on the site.

Azerbaijani hackers, in turn, attacked the websites of GALA TV (screenshot) and Web TV (screenshot), displaying instead a beheaded Armenian soldier of the Nagorno Karabakh War, which hackers tried to depict as Monte Melkonian, an American-born Armenian commander during the war.

These events showed that during times of crisis, both sides will try to attack two main targets — news and state websites. In this case, it became clear that the Armenian side is more prepared for such a scenario.