Who Expresses ‘Competent’ Opinions in the Press? 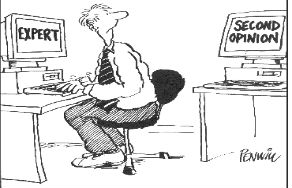 Armenian media outlets have the habit of preserving the “best” traditions. And if any individual, regardless of his competency or professional expertise suddenly appears in any local media, expresses an opinion and makes a comment, this person who is forced to comment on his field is given the monopoly on the matter. You’re talking about environmental issues? You know who you should talk to… Armenian-Russian relations? It’s obvious who will comment. The issue is economics? Ah, yes, we know…

And so, Armenian media in the matter of involving experts is, at the very least, stagnant. And it’s already rancid…

And before you each with a rancid egg in your hands gather and wait for me outside the editorial office for my use of the adjective “rancid,” allow me to explain what I mean.

The media as a chain with the closest connection to the “principle of authorities” is a very powerful tool, as you yourselves know. The media today can interview Mr. Lightning Fury, as a prominent theorist on primitive science, placing it on our heads and wrapping it around our necks, while tomorrow it might completely ignore Mr. Fury, throwing him under its feet and trampling over him. There are no random people in the media. At least for the basic reason that being an authority on something and expressing an important opinion to the public is extremely costly — according to classical media theory of course.

But let’s continue the chain. In Yerevan alone, there are more than two dozen press clubs that “work” according to the principle of “whoever’s mobile phone number we have, she’s our guest,” and these clubs for the most part have the numbers of “idle” theorists. They’re idle because they’re not busy conducting new research, and as with a hotline, they immediately respond to all calls on giving a press conference…

Restraining myself from the desire to describe this very amusing scenario in greater detail, I will jump straight to the outcome — which is that circulating in the media are 3 political analysts, 2 sociologists, and 1 primitive science theorist, who repeat their already exhausted theories twice a week, on schedule. As if this wasn’t enough, some have a special monopoly in commenting on some issue or another.

My journalist friends often joke, we know by heart who will say what. “Let’s make a bet: I can write the story on the spot another with my eyes closed, without going to the press conference,” says one. I think, well, if you know what he’s going to say, then why do you go to “cover” the same person? why do you call the same person, to quickly “bake” an opinion? What about your news outlet’s expensive space and your time; isn’t there another theorist in this country? Or you don’t want to search? At the end of the day, recurring political analysts in the small political arena of a small country become associated with some political party or “back story”; consequently, a news piece written with completely unbiased intentions might be perceived as promoting some political party or viewpoint.

Let’s discuss and understand: who is the one who expresses a competent opinion in the media? or whose expressed opinion can be seriously considered? Please share your opinion in the comments section. Nevertheless, let me cite now from the “classics”.

Let me not stray too far — a similar incident happened to me: I was asked for my opinion. But my explanation, that on this topic at most I could speak as a citizen as I’m not a theorist, was accepted as “not wanting to”. Actually, I really want to — I really want the Armenian news media sector to be professional and work with professionals. And especially to distinguish who it provides its so important and valuable platform of expression. Otherwise, there are so many “rubbish” people like me.