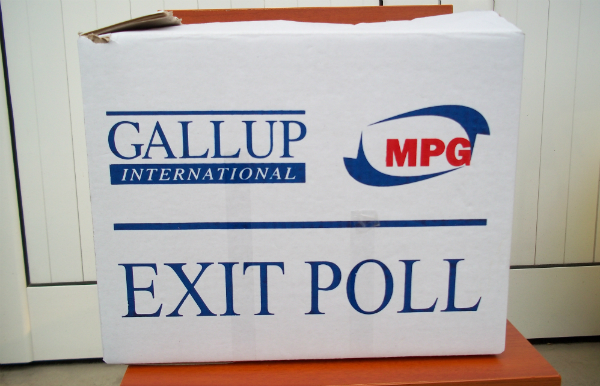 Mere minutes after polling stations for the May 6 parliamentary elections closed, local news media — the online news media and some television networks, in particular — published the results of exit polls. Armenia TV commissioned a sociological survey and exit poll from the Switzerland-based Gallup International Association, while ArmNews opted for the US-based Gallup Inc. to research public opinion.  Even Kentron TV was reporting on an exit poll conducted by its own reporters.

The exit poll conducted by Kentron TV showed Gagik Tsarukyan’s Prosperous Armenia Party in the lead, while the other two exit polls had the ruling Republican Party of Armenia winning. Viewers at home were confused and didn’t know which to trust. And this confusion naturally lead to distrust.

ArmNews director Artak Aleksanyan during the station’s post-election programming was surprised that there were doubts about the figures from its exit poll. And he’s right, but he’s right with reservations. There’s nothing wrong with exit polls, but for them to elicit trust the rules of the game have to be accordant. Why should you expect that TV viewers will trust your figures when another TV station is broadcasting different figures? Which one should viewers trust? Armenia’s major television networks don’t agree in this matter.

In an earlier piece, we mentioned that in the US, for example, ABC, AP, CBS, CNN, FOX News and NBC formed a consortium called the National Election Poll, which provides them with “information about the vote count, election analysis and election projections.”

But there is no such agreement — which is why the results were different. Local media managers don’t trust each other; the media is not independent and expresses different business and/or partisan interests… To put it in a single sentence: In Armenia, media is not fed by real business and it is unable to be fully established as a business. This is the problem, and the confusion with the exit polls is the local reflection of this problem.