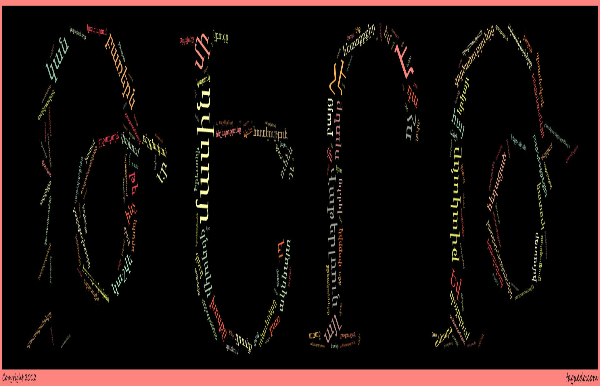 Words have an interesting trait: after much use, they change their meaning. For example, proper names. Until 1815, Waterloo was an unknown Belgian village, while till 2006, the “thermoelectric power plant roundabout” was a small square in Yerevan, where trams used to pass through in the past. And only serious historical events raised the public resonance of these names. And now historians and political analysts, when they speak of anyone’s great loss, say, “That was his Waterloo.” While we, journalists, write, “The criminals got into another thermoelectric power plant roundabout” (as this roundabout is particularly notorious for fights, where people go to settle accounts).

There are words or phrases which wear out and become comical. Such are, for example, the cliches of sports commentators (which, by the way, is the slowest developing branch of journalism in Armenia — as for why, that’s a separate topic) — “Armenian epic heros” when speaking about weightlifters or “masters of leather balls” when speaking about football players. Of course, being an epic hero or a master of the leather ball is not a bad thing, but these phrases have been overworked so much that they’ve lost their effect.

And then there are words that are not only stereotypes for TV journalism, but also basically wrong. Armenian broadcasters say, for example, “Armenian-Russian collaboration,” even though it’s obvious that if we’re speaking about two entities, well they have to do something jointly, collaboratively. Or they say “airport” incorrectly in Armenian — when, after all, isn’t it obvious that parked in this port is not air but airplanes?

There are other Armenian words whose Russified/jargon usage makes the remark more felicitous. Let me confess that I use these words in my articles because I don’t know their just-as-sonorous Armenian equivalent. Of these words, I remember three: “abizhnik” (обижник/обижаться) who is not only a person who takes offense but is “chronically” [the author uses a Russian word conjugated in Armenian] offended or hurt; “bespredel” (беспредел) isn’t only lawlessness but lawlessness that recognizes no boundaries; and “razborka” (разборка) is not a mere clearing of relations (in short, a fight). Well, we wouldn’t write that a “clearing of relations” occurred at the “thermoelectric power plant roundabout,” right?