The Stars Forecast, the TV Stations Cover it 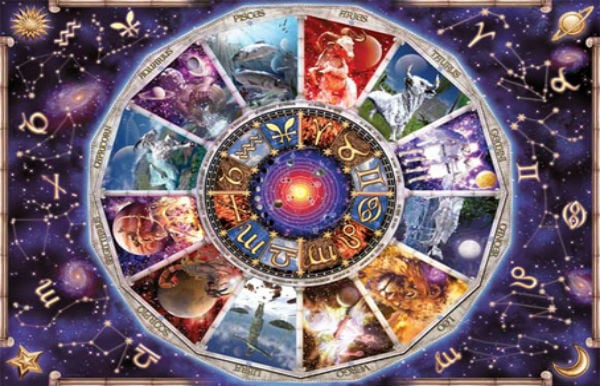 On Feb. 6, a “highly important” press conference had made its way to the news programs of nearly all local TV stations. Some news outlets presented Ella Hovhannisyan as an astronomer, while others, as an astrologer, a mathematician. Not only TV reporters, but also online media correspondents were present at the press conference; nevertheless, it was the TV news programs that covered the press conference best. So that our readers understand what important thoughts the “astrologer-mathematician” was expressing and why TV stations had turned their attention to this press conference, let’s cite a quote: “Mortality rates will increase after October 2012. Be careful not of death but of disturbance. The dead can be reborn, but people who are disturbed can no longer be reborn. Humanity will be destroyed when plant life then animal life disappear. This will be in about 120 years.”

Such ludicrous thoughts were heard much in the press conference and to list them would require a great deal of time. But most important is that the “astronomer” in between epoch-making forecasts tied with the future of humanity didn’t forget to mention that Armenia is blooming and prospering and no threats await her. Just as she didn’t forget to make her professional plug (“there are lines formed to see me”) and to promote her books (“I have written 7 books, which are for girls. If girls don’t study those books they won’t be able to find their other half. Most girls don’t get married because their half is not inside them”). This is important to understand that we’re dealing not with an unhealthy, shameless character, but a successful “professional” who clearly knows the target group of her clients.

ԱThat TV stations allocated time in their news programs for such news conferences proves they have an problem of filling airtime, which is natural if we consider the policies adopted by TV companies. When news outlets don’t wish to or cannot present the real problems within society and the state, then they’re forced to present pseudo-scientific preposterousness.

Note, if a serious scholar or scientist described her work, spoke of the problems in her sector, hardly this many news outlets would be present at her press conference and would cover it as seriously. Mrs. Hovhannisyan was named as an astrologer and a mathematician, because that’s how she presented herself. It turns out that whoever wants can identify themselves as a mathematician or physicist and news outlets would portray them as such to TV viewers.

The astronomer’s press conference would’ve been “justified” if news outlets presented to TV viewers only that segment of the press conference where the “mathematician” gave her forecast on Armenia, that all is well and will be better. That would’ve been the “scientific justification” for the authorities’ productivity and in the context of approaching elections, it would’ve been perceptible for TV viewers. But the issue is that apart from those “scientifically clairvoyant” segments, news programs depicted also the remaining ridiculousness. For example, advice to those who have thoughts of suicide as a result of the relationships between planets: “It would be advisable for those people, those two to three days, to take a shower in the morning, before the outburst [sic]. The issue is not to shower, but simply to stand for a long time under the shower — they get cleansed on the outside from those micro-particles.”

If some news outlets tipped viewers not to take seriously the video of the “astronomer’s” press conference, then H2 (Armenia’s Public TV) aired Mrs. Hovhannisyan’s press conference with marked seriousness. The ArmNews video was likewise serious, though the comical nature of its content was revealed by the host’s smile. Only Shant TV seriously placed into doubt the “seriousness” of the video. During the press conference, the thoughts expressed by the “astrologer-mathematician” were combined with scenes taken from Hollywood sci-fi and horror films. And when the video wrapped up, hosts Aram Abrahamyan and Armen Dulyan expressed their opinion on the video with the former easily substantiating why he considers such people charlatans.

In this way, only the Horizon news program on Shant TV assumed some responsibility and didn’t leave the viewer facing the “astrologer-mathematician’s” absurdities alone. Only, was it worth allocating so much airtime to a “charlatan,” by first showing the press conference and then analyzing it?