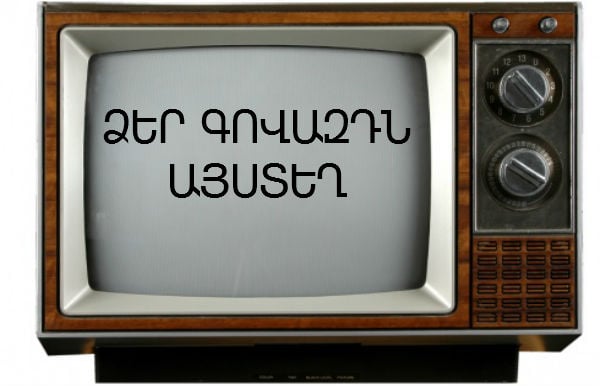 We’ve long become familiar with the expression “Advertising is the driving force of trade.” We also know that advertising has to be within limit and maintain certain quality standards. But is this taken into account in our country? Probably not. In Armenian television, advertising has become a factor that even gets in the way of viewers from enjoying any film or program.

According to the Republic of Armenia Law on Advertising, “It is banned to broadcast advertisements during a TV or radio program more

often than after every 20 minutes. The duration of advertisements shouldn’t be more than 14 minutes per broadcasting hour.” But are the requirements of this law being met?

According to a monitoring carried by the Gyumri-based Asparez Journalists’ Club, H1 (Armenia’s Public TV Channel) on Dec. 30 and 31, 2011, and on Jan. 1–2, 2012, violated this Law on Advertising several times.

For example, on 1 pm on Dec. 30, 2011, H1 broadcast the program Arachin Lratvakan (“First News”) in three parts, each part of which lasted 12 minutes and 40 seconds. This program was twice interrupted by 16- and 14-second long commercials.

On 5 pm the same day, during the Arachin Lratvakan broadcast, which lasted 16 minutes and 49 seconds, commercials lasting 16 and 15 seconds were aired.

Also infringed upon was the requirement of Article 9 Paragraph 2 of the RA Law on Advertising, which states that advertising more than 14 minutes in duration per broadcasting hour during a TV or radio program is prohibited.

We are so persistently bombarded with advertising on air that often, not waiting for the commercial to end, we might change the channel; thereby not returning to program we were initially watching.

Hidden advertising on television has also increased. In this sense, Shant and Kentron TV particularly abuse this. At the end of the Horizon news program the broadcaster says goodbye to the viewers by saying that the program will end with the presentation of a few pieces. And from here begins the hidden advertising, which even has a political slant.

For example, on New Year’s Eve, Shant TV was showing a charity event which was organized by the Prosperous Armenia party, depicting how Santa Clause was preparing to distribute gifts to our children throughout Yerevan. From the same channel, we also found out that a Republican Party of Armenia MP was conducting a charity event in a Yerevan orphanage.

And, needless to say, Kentron TV consistently airs all the events in which the Prosperous Armenia oligarch leader partakes. Here the principle “he who pays orders the music” is at work.

But we have to forget that TV companies, getting a broadcasting license, have presented appropriate programs and have obligations toward their viewers and toward the National Commission on Television and Radio.

Generally, domestic television has found itself in an interesting situation — every wealthy individual, oligarch or political force considers it his duty to have his own TV channel. Yerevan TV belongs to General Prosecutor Aghvan Hovsepyan; AR TV and Kentron TV belong to Hrant Vardanyan and Gagik Tsarukyan respectively; Yerkir Media, to the Armenian Revolutionary Federation (Dashnaktsutyun); and so on.

Of course, during the election campaign period these individuals or political groups will use the airwaves they have under their control to their benefit thereby having an advantage in the fight for parliamentary mandates. But the saddest thing is that utterly absent in our country are independent TV channels where we can receive unbiased information, without party preferences.

In short, we have to seriously ruminate on changing domestic television — of course rectifying the advertising policies in this sector.