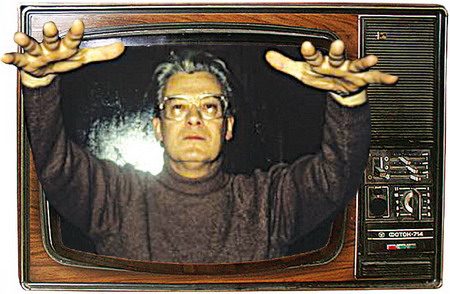 Usually twice a year (in mid-August and early January) news in Armenia comes to a standstill. News providers and journalists are taking a break and as a consequence, news in the country aren’t validated by newspapers, news sites or TV stations. And it turns out that if news isn’t compiled in any way (through words or video), then its right to exist is placed into doubt. After all, that which is not written about or broadcast from the screen doesn’t seem to exist, right?

As a rule, without the active participation of the journalism army, the last few days of the year provide a fertile, even unique opportunity to the ruling authorities to approve decisions away from public clatter and disasters of various caliber.

Government decisions and bills that are controversial and might evoke public discontent are generally approved on Dec. 29 or 30. The holidays are ahead: the journalists won’t react quickly and the public won’t be informed quickly. And if the authorities are lucky, it will enable unpopular decisions to be kept secret for a long time. There are many such examples; it’s sufficient to recall decisions to alienate the Armenian language, architectural interference or establishments having public significance, which were made the last few days of December.

Then December ends and January comes along… And a completely different tale begins.

It’s presumable that during the holidays and their time off people want to receive only positive and optimistic news from the (TV and computer) screen. And news adorned with optimism begins to be offered much the same way that Yereven gets decorated and decked out. The lights and garlands acquired from here and there, the string of lights with Eastern patterns and herds of neon reindeer are stacked next to one another so that our very impersonal capital can get all dressed up.

And news sites and partially-on-vacation TV stations try to create an illusion of working by inventing news. When there isn’t anything particularly going on but there’s the matter of producing content daily, then you can die, but find some news.

This year, news outlets surprisingly collectively decided to kick off a campaign that could be called “meeting in a psychoanalyst’s office”.

In any case, all the news sites, newspapers and TV channels without exception in January began to fill their content by republishing the thoughts of psychologists and epidemiologists. In addition, the entry of individuals associated with other medical areas onto the screen was likewise praised. Disseminated in the news were the number of calls to emergency services, prescriptions on how to overcome holiday stresses, and advice on how to quickly cleanse the stomach and intestines from abundant food and drink.

Psychologists were at the main and leading source of information. They viewed the New Year’s Eve holidays from a psychological perspective and spoke of the fears of exploding toys (Freud can comfortably lay to rest) and about the bad mood, food poisoning and depression caused from eating too much (there was a direct comparison between promoting an ascetic menu and making the relevant purchases for the consumer basket).

According to the resident psychologist, the post-holiday blues can also be considered an incentive for emigrating from Armenia. That, of course, was a real gem of a thought: it turns out that our holidays, the emotions preceding them and the restraint or abstinence following them, dismantle our homes and force people to leave Armenia.

The peak of such a brilliant idea was when different “psychologists” assuredly pointed out that it’s necessary to shorten the duration of the holidays so that people can quickly go back to work and not have any desires to eat a lot, sleep a lot and leave the homeland — otherwise, we might all become mentally ill.

To hear such “findings” and “wishy-washy” information from psychologists’ lips actually had a very positive effect on the audience’s and readers’ health. People were turning off the television faster than ever before.

Interesting to note, also making a move toward shutting off the telly is the Norwegian Broadcasting Corporation (Norway’s public broadcasting company), which generally stops broadcasting on Sunday evenings, implying that it’s better to leave the house, go to the movie theaters or parks than sit in front of the tube. They are public interests, after all.

Perhaps Armenian TV channels and news sites also promote a healthy lifestyle of mind and body — choosing a very winding but effective route? They make emergency calls to specialists of the mind, who connect emigration and social, economic, and political issues with overeating and a long holiday respite.

In short, in order to keep the mind and body sober, one must smoke less, eat less, work more, and admire local psychologists.

There’s one other (more effective, easier and shorter) way not to reach the edge of psychosis: one must view the collection of news with humor. After all, it is laughter that depression is most afraid of.