AR and ALM: Two Harbors in the Television of Independent Armenia 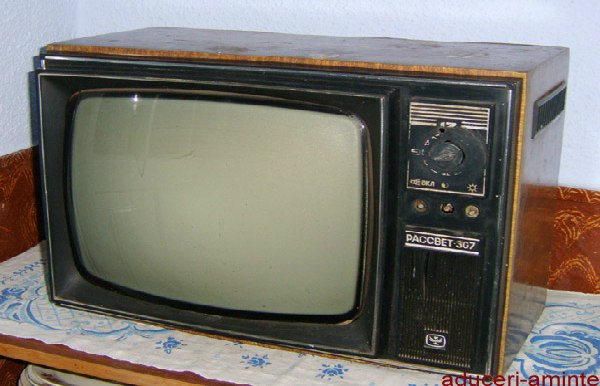 Today when, with the dissemination and access of the Internet, television as means of obtaining information is gradually yielding its dominant position and turning into a means of entertainment and leisure, it’s worth retrospectively examining the path taken by post-Soviet Armenian television, pointing out the main stops on this path.

The biggest change in Armenian television is tied with ALM TV — the channel that kept different layers of the Armenian viewing public glued to their screens for 10 years. It wouldn’t be an exaggeration if we said that the history of independent Armenia’s television is divided into two parts: before ALM and after ALM.

AR or the Tenderness of Irony

Before ALM TV, Armenia had television that tried to overcome the legacy of Soviet television, but still had numerous strings attached to it. Conditioned by the free market, democratic pluralism and anti-ideologization, a new situation was created in which many of the former functions of Soviet television became anachronistic, though they continued to be applied in whole or in part. Television caught between the inevitable processes of nationalization and commercialization was trying to free itself from ideological propaganda and educational functions. The nationalization process assumed that television production should satisfy the demands of different and as many as possible social strata, while commercialization assumed that the production of television was according to market demands. However, high culture continued to dominate the airwaves, which couldn’t have a large audience — neither then nor now. At the same time, the airwaves were completely closed to the “rabiz” subculture, which had no small number of followers. That is, taste was being dictated directly, as in Soviet times. The educational function wasn’t overcome, but television was more open and penetrating the airwaves were elements considered marginal in the Soviet era, such as, for example, pornography and the avant-garde.

The quintessential of post-Soviet Armenian television was the AR TV station of the 90s — we could look at the main trends of the time using it as an example. AR was an example of an elite TV company, no matter how absurd that sounds when it comes to television. Art films, broadcasts with original content, a significant portion of which might be shown not only on television, but also in theaters, as a form of conceptual art. Working at AR was the Soviet Armenian underground, the dissidents, who had been waiting decades for this historical moment to propagate their ideas. They weren’t TV professionals; they were painters, writers, thinkers. The main thing in AR TV’s programming was the creative approach, originality, uniqueness. The emotional backdrop was the tender irony, the intellectual irony toward mass culture in which it operated, perhaps not fully realizing the nature of this culture but presuming that ideology no longer works and citing another instance of truth above ideology.

Thanks to AR TV, that which generally contradicted the essence of TV took place in television — as a cradle of mass culture. That culture which is sheltered in the marginal space, which is the monopoly of the marginalized minority, through the television funnel became the property of the broadest masses of people.

This was due to the fact that after the collapse of the Soviet Union, the dissident intellectual elite, which dictated its tastes to the public via television, came to power. Using the pendulum principle, this elite government was quickly replaced by a militarized, criminal element, which, in turn, brought to television its subculture and its tastes, continuing to oblige the public in a direct manner. Basically not much changed: one marginal phenomenon came and replaced another marginal phenomenon. The idea of public television, which was to serve the demands of all social strata, remained unfulfilled. The closest anything came to this realization was not National Television, renamed Public Television and funded by the state budget, but the privately owned ALM TV station. But ALM did this through a truly alternative route.