The Last Stronghold for TV Stations: Armenia’s Regions and the Unemployed 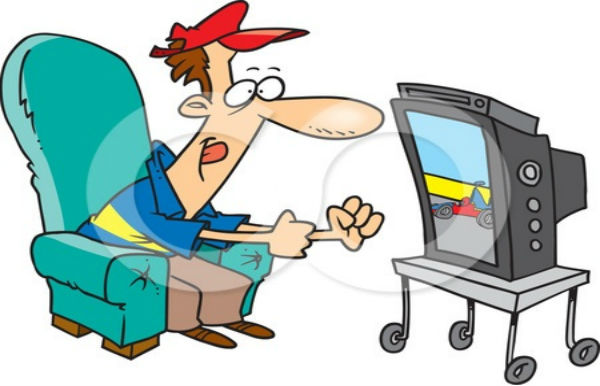 For someone like me who watches very little television and has been doing so for a while now — or more accurately, watches only films, while finding the rest online — the “Armenia 2011 Media Public Opinion and Preference Survey,” a Eurasia Partnership Foundation program conducted by the Caucasus Research Resource Centers, was a real revelation.

This is how I found out that in the past year, 76% of survey participants watched only and exclusively television (as compared to listening to the radio or both). From a sample size of 1,420 respondents, from all regions of Armenia, 25% watch on average 3–5 hours of television, while 23% watch on average 5—7 hours. And for 90% of respondents, television remains the most important source of information for current events and news.

Those who watched the least number of hours of TV were Yerevan residents — 3.8 hours. Naturally, where the internet is well developed, what need is there to become a slave to what the TV broadcasts? Yerkir Media, Urvagits and Tesankyun and many other television stations have long been uploading their programs online, and it can be assumed that other Yerevan residents like me prefer to watch them this way. TV companies have retained their viewers in the regions — particularly in the provinces of Gegharkyunik and Kotayk, which had the highest indicators in terms of hours spent watching TV (4.4 hours). And allow me to assume that with the development and spread of the Internet to Armenia’s provinces, this indicator will also go down.

Other survey findings indicate that those who are unemployed watch the most television, 11% of whom watch 12 hours and more on average — that is, nearly the whole time that they are awake, while 14% of unemployed respondents watch 9–12 hours on average, and 14% again watch 7–9 hours. If jobs are created, TV companies will lose the “last bastion” of their most loyal audience.

Another surprising fact: Despite ratings published by various companies conducting measurements on TV audiences, in which Armenia and Shant TV channels are always in first place, this study found that H1 is the most watched TV channel (77% of respondents). It can be presumed that this is because these findings are closely connected with which TV channels are available, and H1, in this regard, has no competition — it’s available to 98% of respondents.

Though watching this much television and considering it to be the most important source of information for current events and news, 45% of survey respondents, nevertheless, more so trust their neighbors, friends and relatives than local TV channels (42%). While 35% say they disagree to the statement that TV covers news and events objectively. Responses to another question show that respondents consider national TV channels to be among those media that are the least independent from government and business control in Armenia.

Another notable finding: however much Armenian TV stations saturate the airwaves with soap operas and entertainment programs, assuming that audiences are interested only in such broadcasts, according to this survey’s findings, the largest percentage (45%) of respondents prefer and actually watch news with commentary.

But all the same, we’re an interesting bunch — we don’t trust the TV, we don’t consider it objective, but we watch it anyway. Perhaps because no alternative is currently as available to us as television.