How I Returned to Being One of the TV Viewers 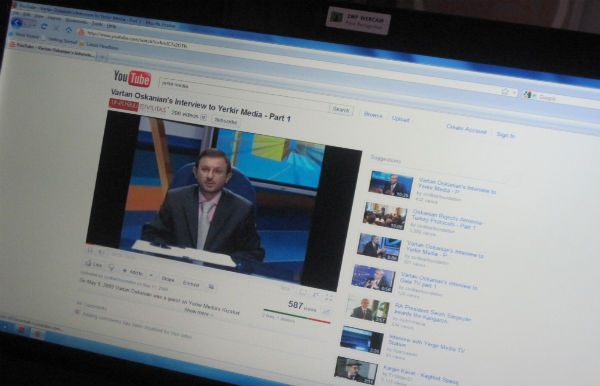 Recently, an unexpected ‘reinterpretation’ occurred with me. The main victim of the event became my ideas of television’s current and future status. It turned out that I rather conceitedly want to bury television before its time. It came into my head and it said: “I am you and you are me.” Well, sort of.

Let me tell you what the issue is. Today it’s very fashionable to say “I don’t watch television.” With this statement, the speaker wants to immediately show several important facts to those around him. These are, that

I must admit, up until recently I too abused such an approach. Left and right, I was saying I’m no longer like that, that I don’t watch television. And I winked so everyone understood — after all this, I’m a real geek.

And most important, I myself was convinced that I don’t watch television. Moreover, I began to look for proof that all of Armenian society had begun to migrate from the television screen to the computer monitor: using the internet as a source of information. I even found AGB Nielsen, a media research firm represented in Armenia, according to which for four years already, the number of TV viewers in Armenia has been declining. I made various parallels with the internet’s rapid development, and I found other quaint coincidences. As a result, I posted a few entries on my blog, wrote articles and so on.

But then I began to be more seriously attentive to myself. It turns out, in fact, that I do watch television and quite a lot at that. I don’t count that from time to time I watch films or football. And I won’t even talk about the fact that when you go to a cafe, hung up on the walls before you are screens and you’re forced to watch Fashion TV, football or a music video under which a completely different song is heard playing on the stereo system.

But when, in order to more seriously observe my actions, I began to count how many TV channels uploading their broadcasts online are on my YouTube, it comprised quite a large percentage. And considering that personal channels on YouTube are updated more slowly and irregularly, it turned out that online I mainly watch traditional television. More so, I realized that commercials, which cause an unhealthy shudder when I watch them on TV, I watch with great joy online.

In truth, the content and the actors have remained the same, it’s the place and way of watching that’s changed, as well as the approach of the viewer, who is so taken with new technologies she doesn’t notice such things.

And Al-Jazeera with its entire potential, correspondents, producers and professionalism is better than the Egyptian villager with his cell phone who is trying to make a revolutionary broadcast from Tahrir Square.