What Do You Need To Know About The Sevan Issue? 10 Facts. 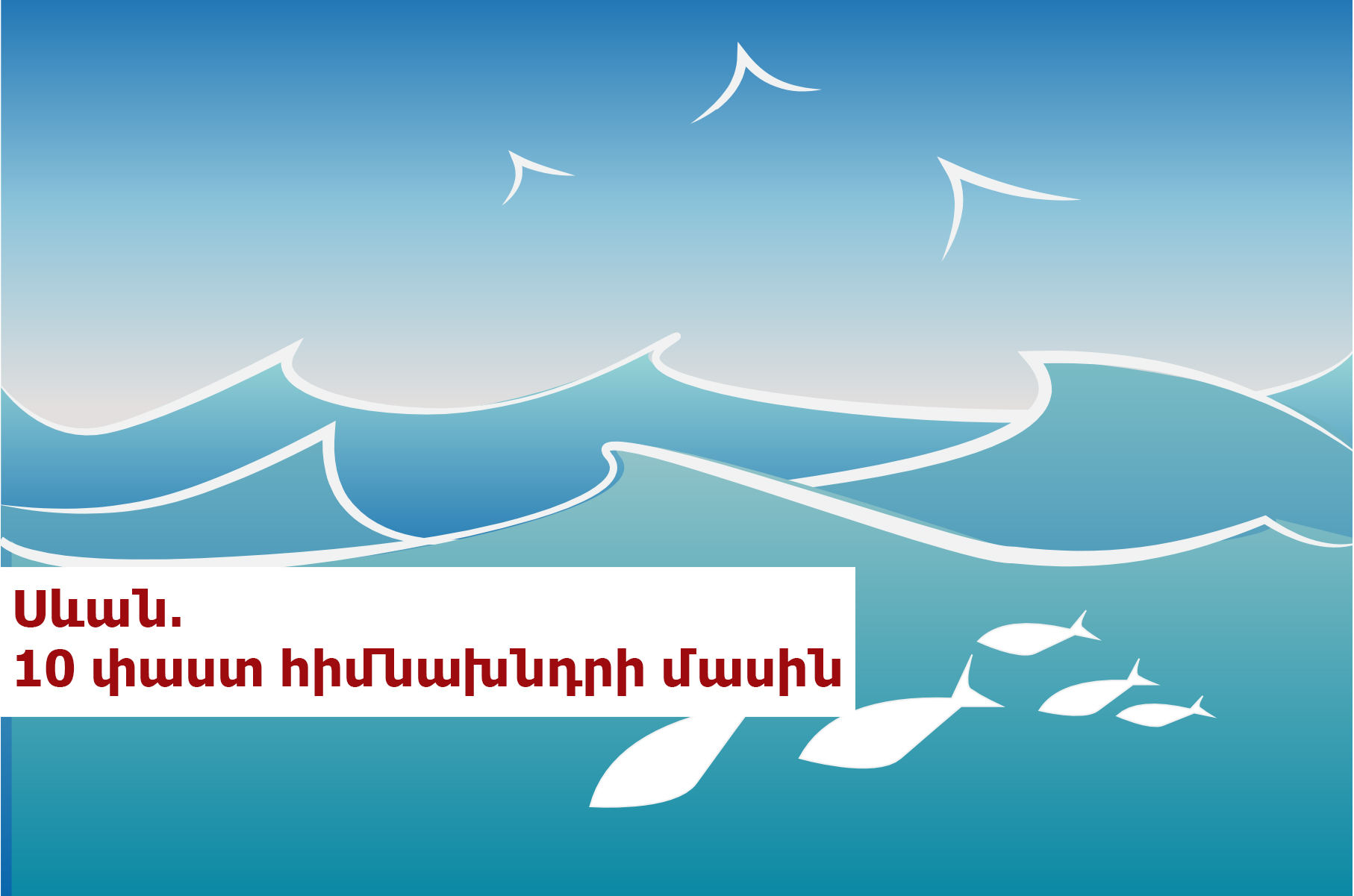 The start of Lake Sevan’s problem has been calculated since 1910, when it was proposed to make Sevan more efficient and profitable for the person.

In 1933 the USSR authorities began to realize this idea: it was decided to “drain” Sevan, to lower the water level, to leave a small part of Sevan, and to use the freed up land and water for agricultural and energy production.

These actions have had catastrophic consequences for the largest freshwater lake in the South Caucasus.

A comprehensive understanding of the problem of Sevan is important for its news coverage, as well as for following up with the solution process.

To that end, Media.am has collected 10 important facts about the history, causes and consequences on the issue.

Underlying the idea was scientific justification. Most of the water flowing into Sevan evaporates and causes losses. According to the plan, reducing the lake’s mirror would reduce water loss. One billion cubic meters of water would be released annually.

For its operation, 14 times the volume of water flowing to the Hrazdan River had to be increased. Later, the industrial water consumption in Sevan became the main route for the production of electricity.

The same did not happen in the case of agriculture. The land that was freed as a result of the lowering of the water level was not suitable for cultivation.

The decrease of water level made Sevan’s island a peninsula. Sevan’s “protective shield” was damaged.

In the mid-1950s, the period of most intensive water discharge, the water level went down so much that the island on the lake turned into a peninsula.The depletion of the water level brought about the damaging of the deep layer of the lake, hypolimnion.

Hypolimnion is a protective layer that does not allow the sediment sludge to mix with the total water body, deteriorating the water quality.

Reducing the water level also led to the situation that the water was rapidly cooling and heating up. The lake began to freeze once every 2-3 years, whereas in the past 15 years it was almost completely ice-free.

The situation is also complicated by global climate warming, which is also anthropogenic, a problem arising from human activities.

The reduction of the water level had another interesting effect, it opened up underwater tombs from a thousand years ago and the Cyclopian castle.

In the 1950s, when the water level was low near the village of Lchashen, old tombs appeared, which later became one of the most important archeological sites in Armenia.

Sevan became green for the first time in 1964.

The lowering of water levels and the deterioration of its quality led to the process of mudflows. One way of this being expressed is the heated growth of the algae, the blossoming that brings to the color change as we experienced this year when the bluish-green algae blossomed in Sevan.

This type of algae produces toxic substances and greatly degrades the water quality. They can also be dangerous for people or fish in the lake.

In addition, flourishing has a negative impact on tourism as people avoid resting at the green lake.

After flowering, the algae die, and together with other dead organisms, they assemble in the form of a sediment on the floor of the lake, raising the floor several millimeters.

“Sevan” national park was created in 1978, ie Lake Sevan became a specially protected area. And in 1981 the Arpa-Sevan tunnel was used.

Water penetrating the Arpa River helped gradually raise the lake level, but this success did not last long.

The hard economic situation of the 1990s and the non-usage of the Nuclear Power Plant due to the war brought back to the extensive use of Sevan’s natural resources.

The Sevan-Hrazdan Cascade was again activated, and large quantities of fish fishing began. The progress over the past decade had stopped.

It banned lowering the level of the lake, and after its adoption the level of Lake Sevan really rose. The legislation permits up to 170 million cubic meters of water to be used from Lake Sevan annually for irrigation and other purposes.

Over the past few years, besides this volume, there have been many additional cases registering water intake. The lowering of the lake level has been registered several times, which is prohibited by law.

Moreover, with different estimates, 40-80% of the water released for irrigation is lost due to old, unrepaired systems.

Sevan is being filled with contaminated water.

Sevan is being filled with polluted sewerage water from several major settlements, as well as large quantities of garbage. There are not enough clean-up stations, and only those which exist only do mechanical cleaning.

The increase in water level was not accompanied by the cleansing of the coast, and now the necessary work is more complicated. For example, it is necessary to remove the tree trunks under the water by means of a special technique.

The phosphorus levels in Sevan accelerate the process of eutrophication, aging, and flooding. The lack of oxygen hurts the animals living in the lake.

Phosphorus appears in the lake for various reasons, such as animal breeding or animal activity.

For plants, phosphorus is a fertilizer (hence, it promotes algae growth), but for lakes, it is extremely dangerous because it can cause a lack of oxygen in the water that damages the animals living in the lake.

On July 11 at a press conference, the Minister of Environment Erik Grigoryan spoke about 50 criminal cases filed in recent years.

In different years in the press about conflicts of interest and corruption.

A few days ago, Fip.am published an investigation into the illegal hunting and exporting businesses of Lake Sevan, with which former Police Chief Vladimir Gasparyan and Vahe Gulanyan, the current director of Sevan National Park, are interconnected.