The Solution For The Transportation Problem “At Least Two Years” 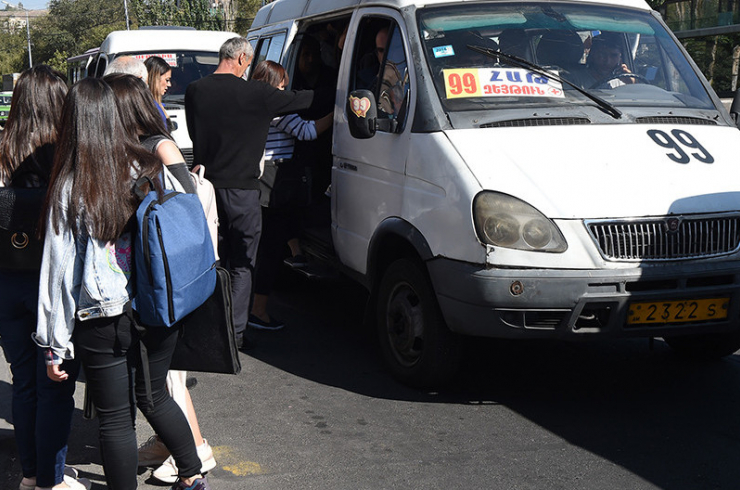 Before becoming mayor, Hayk Marutyan had realized that improving transportation was vital to the city. The promises to solve the city’s transportation problems during the election campaign were important to all the political forces aspiring for a new government in Yerevan.

After being elected to the new city government, he began to study the situation, the paths of reform, and their timetable.

Hayk Marutyan promised the residents of Yerevan at the end of 2018, that the priority transportation problem would be solved in at least two years.

The chronology of these promises is accessible and public.

In December 2018, Prime Minister Nikol Pashinyan telephoned Hayk Marutyan to publicize the deadline for solving the city’s number one issue during the early parliamentary election campaign. Pashinyan conveyed to the citizens the word of the mayor – they have to be patient for 2-4 years.

Speaking to reporters in February about the process of getting the minibusses off the network, the mayor said, “We are saying that the new network will be ready in two years. We still have to figure out what we will do in these two years.”

The first deputy mayor Hrachya Sargsyan was in favor of overriding the deadline. When discussing the introduction of a transport network in April, he told stakeholders that no specific deadline could be fixed.

In the summer, the municipality studied, debated, designed and publicized a plan to improve the transportation network. At least two years have been mentioned as a deadline, as there is much to be done.

Speaking to reporters recently about his resignation, Mayor Marutyan again spoke about the transport problem and said that they would try to solve the 15-year problem in the next two years.

“The process is going on, with an interdepartmental group made up of members of the municipality and government. The government is studying our proposals because the government has to borrow money,” the mayor said.

The deadlines for resolving the Yerevan transport problem have remained unchanged for the past ten months for Marutyan – “at least two years.”