Resignation of NSS Chief: False News And Assumptions Without Proof 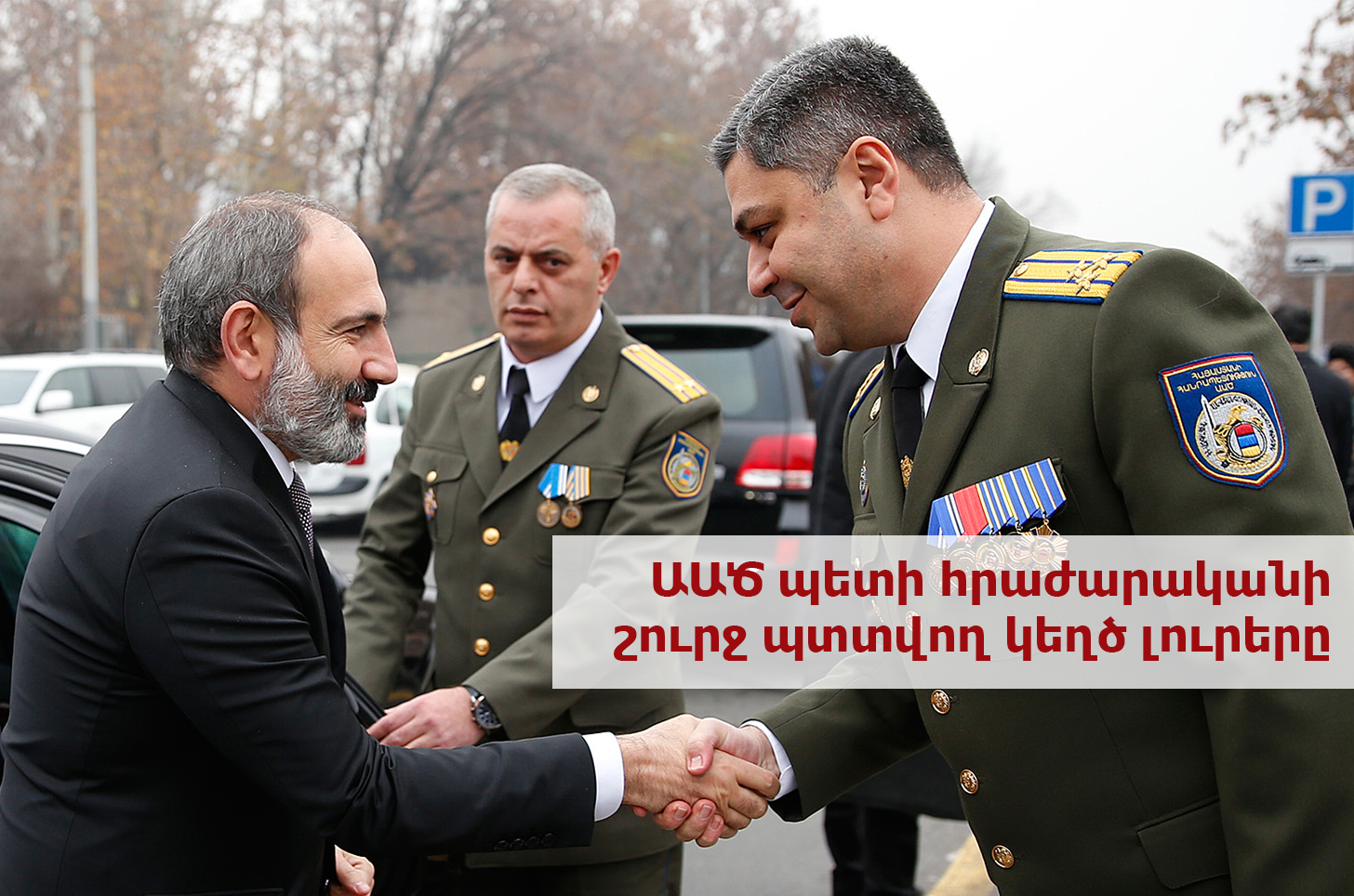 The news of Artur Vanetsyan’s resignation appeared in the media on September 11, but the government denied the information. On September 16, the news was confirmed: The NSS chief resigned. This became one of the most discussed topics in September. The discussion was followed by fake news, manipulative articles, and many unsubstantiated assumptions.

About relations with Mikael Minasyan

Shortly after Arthur Vanetsyan’s resignation, Prime Minister’s spokesman Vladimir Karapetyan commented on the text of the resignation, hinting at Vanetsyan’s connection with the former authorities.

The topic of Arthur Vanetsyan’s resignation became one of the most discussed in the media. Many media outlets have dedicated dozens of articles to this topic.

For example, from September 16 to 27, Hayeli.am published more than 120 articles on Arthur Vanetsyan. Some of them contained inaccurate information. For example, the site wrote, “Pashinyan is trying to make deals with the sons of arrested persons against […] Vanetsyan. He offers promises to release their fathers if they testify against Vanetsyan.”

This article was very short, it only reported this information. And though this is a serious accusation, the newspaper did not bring any evidence. Hayeli.am also did not elaborate on which detainees were being talked about, when the incident took place and so on.

Similarly, in a number of articles, the site wrote that the reason for Vanetsyan’s resignation was Pashinyan’s illegal demands. “Pashinyan demanded that Vanetsyan exert pressure on Judge Anna Danibekyan before making a decision on second President Robert Kocharyan’s case.”

In another article, the site claimed that “illegal instructions were dropped on the building” and Vanetsyan tried to resist.

The site did not provide any evidence or other justification for its publications.

About business relations with the Kocharians

It would require a journalistic investigation to obtain and prove this information, but none of the sites provided any evidence.

The same day Vanetsyan denied the information, calling it “absurd.” He also denied the rumor about a secret agreement with former SRC Chairman Gagik Khachatryan.

A number of websites have suggested that the resignation of the NSS chief may have been linked to the death of former police chief Hayk Harutyunyan.

For example, Zham.am wrote that “Vanetsyan’s resignation probably strictly worried Hayk Harutyunyan.” Based on this assumption, the news media made another assumption, “After Vanetsyan, they would start to pressure his [Harutyunyan’s] family, too. And in order to free his family from those dangers, he probably took that step.”

Channel 5 reprinted an article titled “Arthur Vanetsyan will be arrested” by Zhoghovurd daily. This title was misleading. Despite its assertion, the article only quoted political scientist Karen Kocharyan’s assumption, “[…] Something is happening, and Vanetsyan says the agreement has been broken. It is not excluded that in these circumstances, Vanetsyan may be sued or arrested. It is not ruled out.”

The website also reprinted an article by Hraparak newspaper that “a criminal case was initiated against Vanetsyan’s father at the State Revenue Committee.” The author of the article also asserted that “it is not excluded that a criminal case may also be opened against Arthur Vanetsyan.”

There is no official information about Vanetsyan’s arrest.