PechaKucha Night Yerevan Differs from Others Around the World 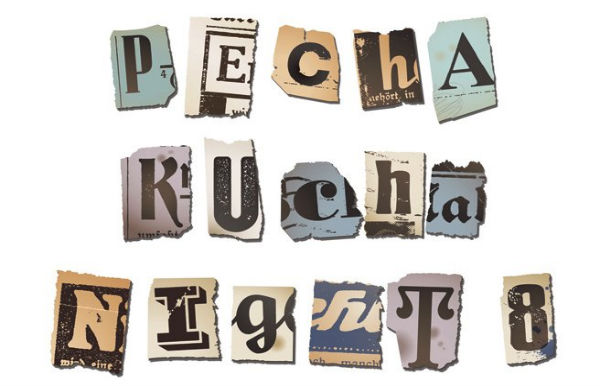 Photojournalist Anahit Hayrapetyan often finds her photographs posted without her permission on different Armenian news sites. She writes a few letters daily to editors with the request to credit her, pay her for the photographs or remove them from the site. However, the letters almost always remain unanswered.

Through her presentation titled “Where is the photojournalist?” at PechaKucha Night vol. 8 in Yerevan under the theme “I Am a Newspaper,” Anahit decided to raise her concerns with the state of photojournalism in the country and her struggle with editors, who, in her opinion, have no idea about photojournalism and can’t imagine how they can use it to make their material have more impact.

PechaKucha Night (PKN) first appeared in Yerevan in the summer of 2010. Reading about the art movement called PechaKucha Night in Newsweek, co-founder of The Club Vahe Balulyan figured it would quite useful to organize such events also in Yerevan — to give creative people the opportunity to express themselves. So he contacted PechaKucha Tokyo and signed the PechaKucha Night Handshake Agreement, according to which at least 4 PKN events have to be organized per year. The year not yet up, Balulyan has organized 8 PKNs in Yerevan to date.

PKN Yerevan differs from PKN in the 410 other cities where PKN is organized: here, time is often set aside to discuss social issues as well.

“I was sure that these evenings would make the life of our city more interesting,” said Bululyan, who finds that the success of PKN Yerevan is due not only to the presentation format, but also to the existence of many thinking and creative people in Armenia who don’t always have a place in which to express themselves.

At the “I Am a Newspaper”-themed PechaKucha Night in Yerevan, organized in partnership with Internews Media Support NGO, political analyst Hrant Mikaelyan presented 10 events that defined the future of social networks in Armenia. Mikaelyan says he didn’t intend to explain anything to the audience: many already knew the facts he used in his presentation. That which he proposed was simply a fresh look that was free from public nihilism.

“My position is not to say that which doesn’t have be said. I always ask myself this question. And now I answered myself — this can’t not be said,” he said. According to Mikaelyan, it’s very important to see, to focus on, to discuss and to participate in the interesting changes taking place in society.

For Narek Manukyan, who introduced the online television platform webtv.am in his presentation “I Don’t Need a Remote Control: Outside of Ratings, Ads and Glamour,” PKN Yerevan was a chance to focus attention on new media.

“We decided to address the digitalization process and show that if the mentality towards media remains unchanged, we will continue to have the same media, which now will simply be broadcast on digital signals,” he said. Manukyan finds that some time is needed for changes, and the best way of making changes is being the change.