The Armenian media is partly free 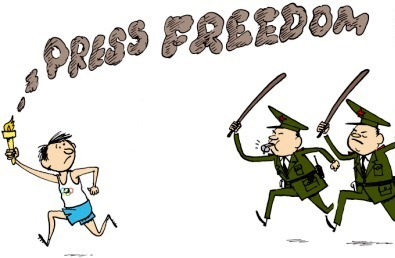 The Committee for the Protection of Freedom of Speech published the results of the sociological research it carried out from Aug.–Sept. 2010, the aim of which was to clarify the level of press freedom in Armenia, taking into consideration the affect of legal, political and economic factors.

Participating in the survey were 50 experts, including the most well-known national and Yerevan-based news agency directors and members of the press. The level of press freedom in Armenia was given a total score of 58.68 — that is, very close to being considered “not free,” according to the methodology adopted by the international organization Freedom House.

Armenia’s press was considered free by 6% of survey participants, partly free by 46% and not free by 48%.

The Freedom House survey ranks countries on a total score from 0 (best) to 100 (worst) on the basis of a set of 23 methodology questions and 109 indicators divided into three categories: the legal environment, the political environment and the economic environment. The degree to which each country permits the free flow of news and information determines the classification of its media as “Free,” “Partly Free,” or “Not Free.” Countries scoring 0 to 30 are regarded as having “Free” media; 31 to 60, “Partly Free” media; and 61 to 100, “Not Free” media.

The level of freedom of Armenia’s media with respect to the legal environment was given a score of 15.25 points, which, according to the logic of Freedom House’s methodology, is considered partly free. The findings indicated that press freedom with respect to the political environment was greater at 22.88 points (“partly free”), while in the economic environment, press freedom in Armenia was ranked 20.51 points (“not free”).