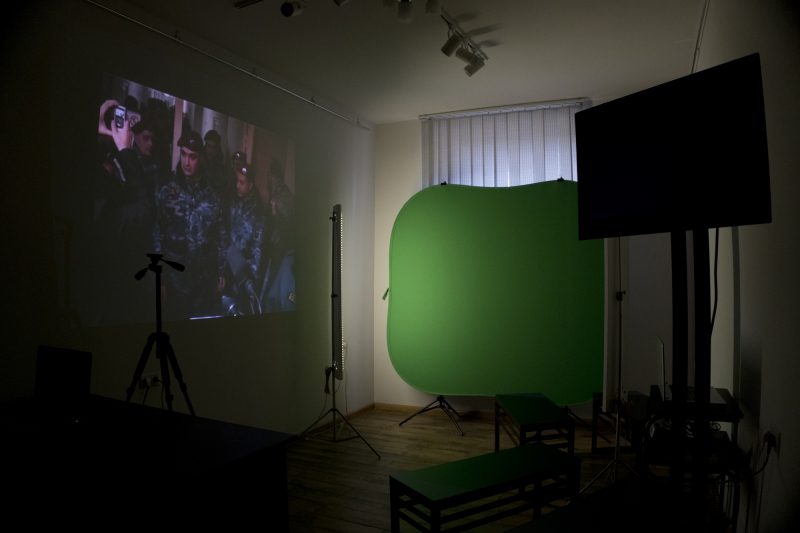 The Committee to Protect Freedom of Expression, the Yerevan Press Club and the Media Initiatives Center have drafted a new law on Television and Radio.

On July 11, the working group submitted the draft to the Committee on Education, Culture and Diaspora Affairs of the National Assembly and handed it to MP Vahagn Tevosyan, who oversees the Subcommittee on the Freedom of the Press, Information and Communication.

Today, heads of media organizations announced the launch of a broad discussion of the bill.

Ashot Melikyan, Chairman of the Committee to Protect Freedom of Expression, said that after the adoption of the law on Television and Radio in Armenia, it has been amended and supplemented 29 times, “But the serious problems that exist in the sector have not been solved no reforms have been carried out and it was more correct to draft a new law.”

Television licensing and competitions will be held in 2021. The authors of the bill also stipulate the necessity of changes in the broadcasting area. “If these tenders are announced by the current law, we will paralyze the opportunities of the sector for another 10 years. It will mean the final deadlock for the sphere,” said Boris Navasardyan, president of the Yerevan Press Club.

The heads of the journalist organizations propose solutions and regulations to the creation of a number of issues in the field of broadcasting, the creation of a private multiplex, the development of regional TV channels the transparency of ownership, and the activities of the Pubic Television and Radio Company.

The bill proposes to abolish the need for a license to create and broadcast a television company or a broadcasting company and to set up an authorization process instead.

The problem of analog broadcasting

After switching to digital broadcasting in Armenia, about ten regional TV channels are still broadcasting over an analog signal and are not included in the only state multimedia program. One of the ways to solve the problem is to see the creators of the program privately, in this case, to provide access to smaller regional multiplexers to the market, creating favorable conditions.

The Private Multiple Contest has been canceled for three years as a result of being unfamiliar with the conditions and hence the lack of applicants, the annual fee of 100 million AMD, the republican demand for distribution, the presence of their own network. The new project proposes to cut the 100 million AMD in half and make it 50 million AMD, and for smaller multiplexers to set lower fees.

Another change is related to public multimedia conversions. The authors of the bill propose to use the public network only to broadcast public television ie. a social package of public importance. According to the existing law, all broadcasting licenses in Armenia are all of the broadcasting networks in Armenia, which does not contribute to the creation of a private multiplex.

Now, Public Television in Armenia has one common channel and one cultural, scientific and educational channel. The bill proposes creating specialized channels – children’s, youth, sports, musical, entertainment and 24-hour news, one local and one international news.

In the event of the impossibility to fulfill this requirement, Public Television can organize and delegate this feature to private broadcasters who will be included in the public network on all terms of public channels.

In the case of public radio, the authors of the law propose to add one youth, sports, music, entertainment channel to one common channel.

The draft recommends that the Ombudsman institute can be authorized to investigate violations of the Code of Ethics by the public broadcaster and the public.

A separate chapter in the draft law is devoted to the transparency of broadcasters’ ownership. It is established that the founders of private television and radio companies and information about the shareholder or owner should be submitted to the Commission on Television and Radio.

Nune Sargsyan, Executive Director of the Media Initiatives Center, says that the idea of the bill had been in force since 2010.

“We met with specialists in the field and got professional consultations. But this document had not been circulated in its final form. The opinions of representatives of the field are very important to us. That is why we want the discussions to begin,” said Nune Sargsyan.

The full version of the bill is available here to read and download.