In The Library: Mher Mkrtchyan 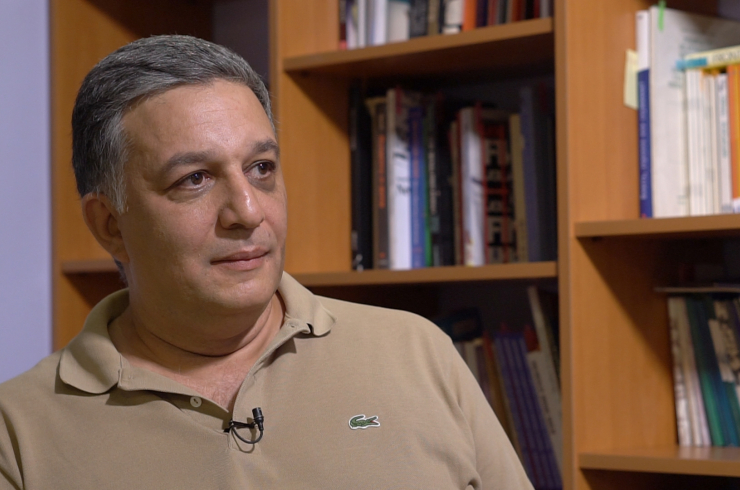 Filmmaker Mher Mkrtchyan considers the precedent of fining Armenia TV for the scenes in a series strange. He says that it’s strange when they show something that cuts people’s brains for three hundred series, but that they consider this particular scene a violation.
In his opinion, Public TV plays an important role, which also determines the quality of the TV series.

“Private channels aim to produce the cheapest product possible, and when Public Broadcasting offers better quality soap operas, the private ones will have to raise their levels, whether they want it or not, within a few years,” he said.

Salman Rushdie is one of my favorite writers. The novelist’s Step Across This Line is a collection of articles and speeches from his various years. Rushdie is a brilliant publicist. The book’s main themes are rock music, politics, football and most importantly freedom of expression and thought.