“Giving Everyone A Microphone Doesn’t Mean Having Free Press Yet” 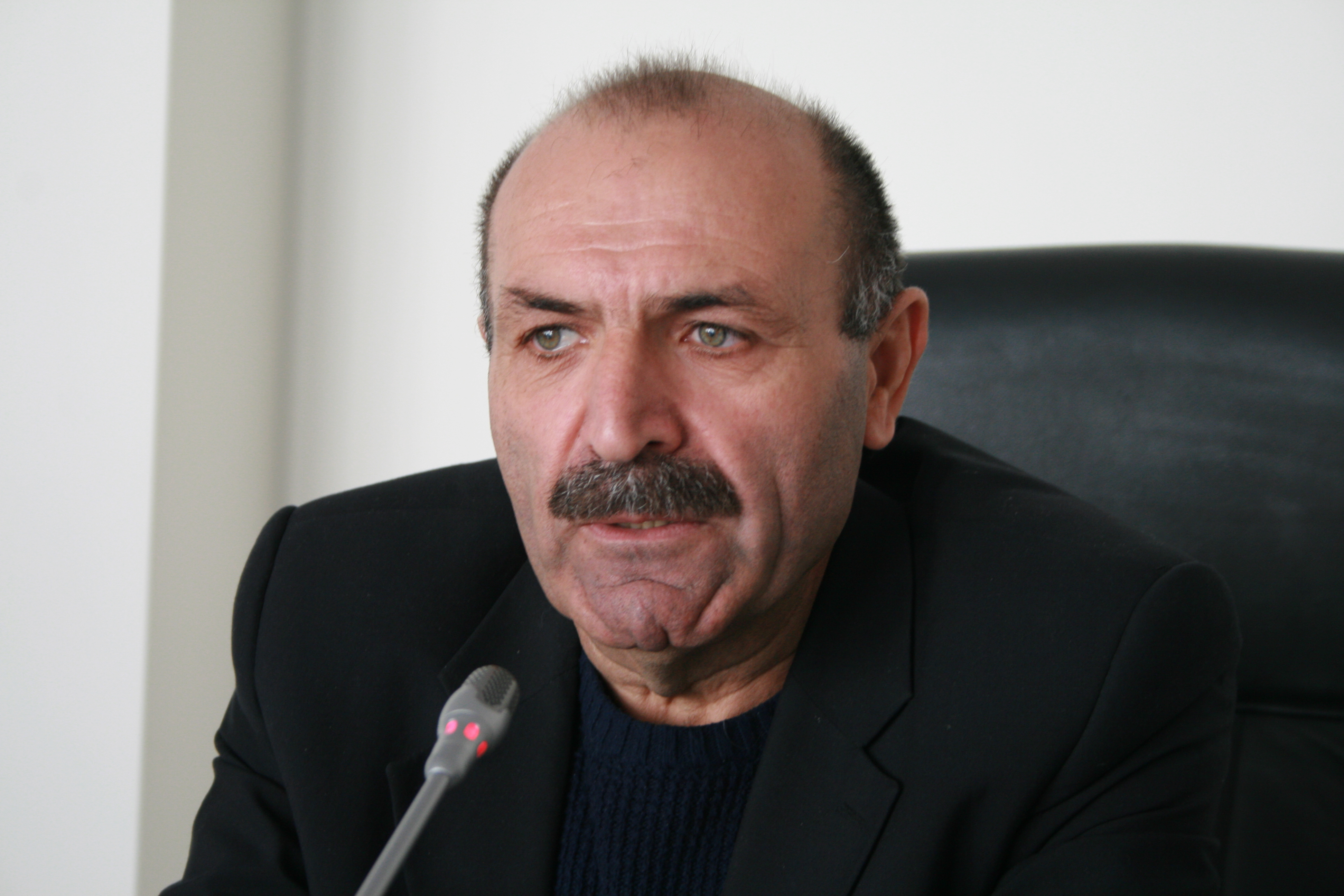 When the opposition channel, Rustavi 2, repeatedly praised the new authorities, the Georgians joked that if Hitler had channel Rustavi 2, he would not have known that he had lost the war.

“Although media outlets have always been and will continue to be, the media cannot set the task of serving in front of itself,” he said.

During the USSR, Vardan Harutyunyan was imprisoned and deported on charges of carrying out anti-Soviet agitation and propaganda. Reflecting on that experience, two of his books, The History of the Political Prisoner and Dissent in Soviet Armenia, were born.

He describes today’s post-revolutionary situation as a transition and urges us to study the first decade of Armenia’s independence when both unimaginable miracles and irreversible errors occurred.

Reading and watching the media in the post-revolutionary period has become something like wandering in the bushes, there is a lot of noise, with episodic news feeds.

In any case, the information should contain intriguing elements. And every day. That is what drives the audience to read the news and open the site that seems more interesting. All media at least formulate this problem in their minds. Some solve it with great success, some with failure.

I have always followed the Armenian press since the 1990s when the free press was just emerging, and new media were constantly emerging, enduring one year, half a year, two years, even a month. There were also newspapers that had been published for years but did not have their readers, although they were normal newspapers with normal editors.

The media must be able to present itself, to deliver.

Of course, it is much easier now because the conditions of the competition have changed. I can even say that it has been the same situation over the last twenty years, and only in this post-revolutionary period is something completely different emerging.

Of course there is. But in the 1990s we were just getting acquainted with free speech and adapting to the idea that there could be media out of state censorship, and even the editor-in-chief could not change a journalist’s article. And now everyone knows that.

Those born after independence do not know at all what censorship is. In social media, for example, not only is there no censorship but also self-censorship.

That is, anyone can write whatever crosses their minds. Including swearing.

For example, a lazy young man might conditionally write sexually abusive texts about Mike Tyson, but if he were to meet him on the street, he would quake in fear.

Is this how the media solve a political issue?

I do not want to divide the field into blacks and whites, but with their resources, the former authorities have been able to buy and direct a large portion of the media in such a way as to create not only informational competition but a growing stock of cursing.

Of course, all over the world, the media solves a political problem, but in our country now it is solved by much lower standards.

Whereas once the editor was proud of having published high quality and sharp material in his media, now they do not seem to have an aversion to misinformation.

A person who is familiar with Armenian reality and our media work can clearly understand where this or that material originates (in or out of the newsroom) and why.

Giving everyone a microphone still doesn’t mean to be a free press.

Freedom is when you yourself are out of the mold.

Otherwise, you can invite people with different ideas on air to turn them into public heroes, but then erase everything with one comment. To see only that which you want to see.

How long can a media, that has money but is largely non-competitive,  live?

We are now in a transitional phase, and naturally, the media is subject to degradation. But that stage will pass. The older ones will realize that their opportunities are running out.

I mean, not the finances, but the road that is deadlocked and vicious.

I think it’s time for people to know which media to read and which not to.

Different media campaigns against the new authorities are being thrown into the field. This was the case against the Minister of Education, now the Mayor of Yerevan.

There are media outlets that artificially create a topic that they then develop, inflame, and attempt to portray as a clash.

I do not know how much their resources will suffice, but by and large people understand that there is an urge to regain power, a desire to bring back the past.

In fact, the number of people in our society who follow logic is much larger and more compelling, it’s simply that the ones making all the noise are more apparent.

But I’m sure everything will fall into place. We will adapt to new requirements. That is, the filters will work if we understand reality and our place in that reality. The same is true for the press.

In general, there have always been complaints about the press, complaints that it isn’t stabilizing. To be honest, I think that the press is more established than other fields.

Of course, now we are in a messy, tainted environment, but many government agencies would simply be happy if they were able to establish themselves as well as our press.

Look at what’s going on in the judiciary. Or in agriculture, where a little hail can cause the farmer to lose everything – his house, his livestock, and his ability to repay loans.

In unstable times everyone solves their own problems. And they realize that they have to do it very quickly.

One should make a noise at the court and spread that noise through the media, the other should artificially exaggerate the issue of teaching Armenian at universities, provoke and show that the wave of protest is growing.

In short, the orders are varied, the vectors vary and in different directions.

And if there is no logical speech in these circumstances, you should not be offended by it. Everything will become peaceful, it will become more muted.

Do you think Public Television is making logical changes?

I think one of the fastest-changing structures after the revolution was supposed to be Public Television. It is clear that it cannot be presented as the microphone of those in power, which we have demanded from the Public for years.

And if we do not see a change, it means that the people working there do not know (or do not want to imagine) how they should work.

For example, I am convinced that television needs young people with a new mindset who are not molded and are devoid of the Soviet burden.

They are also devoid of the negative experience we have had on our shoulders for the last twenty years. For example, they have no habit of bowing down to and pleasing the boss.

Now is the time for the free-minded. The same goes for parties.

I have always been against the partisanship of the state. Of course, the party that won the election should govern but I cannot accept the notion that all of our circles should revolve around the concept of being “one of us.”

It should not necessarily be a conditional badge, and it does not matter to a Republican or a party member (to be honest, I do not know if “My step” has a sign or not).

The pain point of our authorities is that they do not have a serious opposition equal to their quality.

Is there a danger that they will come to realize that it is easier to be closed, homogeneous, unanimous?

That is, the realization that if they lose, they will leave.

If we manage to have a government formed as a result of free choice at least twice in our history, we will bring the probability of returning to the old, Soviet past to zero.

In fact, it was in the late 1990s that the return to our Soviet Union past took place.

People came to power from the party, the secret services, who began to shape reality according to their own perceptions. Robert Kocharyan’s and Serge Sargsyan’s ideas about the state and society were Soviet. They simply had no other idea.

That is why I insist that young people who think differently should come.

That is the field that I love to talk about. Back in the 1990s I often wrote that there had to be a clearly delimited boundary that would not allow the discredited or vicious past to penetrate.

That boundary could be crossed by people who would go through the lustration phase and throw away the burden that was on their shoulders or hung on their feet.

In the 1990s, this was not done and the Soviet past re-established itself and moved to become our reality.

For the same thing not to happen today, this boundary must be drawn and an assessment of the past must be made. The step forward is lustration.

People have defined that word as a punishing, frightening process, but in reality, it is the basis of solidarity. Even in the most brutal lustration. Let’s say of the secret services.

To give an example: In Russia, someone was interested in the fate of his slain grandfather and was able to find out, through various avenues, the list of people involved in his criminal case and to find the one who had the fingerprint of the person who shot his grandfather.

In fact, the man had carried out a lustration on his own by publishing the informer’s name and details. Interestingly, the informer’s granddaughter emerged who responded to the publication.

And now the descendants of the betrayer and the victim are dealing with new things together.

What I am saying is that lustration helps society by illuminating scary and dark corners.

When you walk down a dark street, there is always a danger that you will fall into the pit. You simply won’t see all the holes …

Sometimes simply working openly is enough to avoid falling into the hole. For example, the municipality could publish the list of volunteer donors much earlier without leaving any dark corners.

There may be a lack of experience. Interestingly, when the young authorities decide to respond to the media attacks, the answers turn out to be quite accurate and lovely.

The testimony of this was the story of the Sheikhs, which came to its place thanks to the responses.

I believe that this calming period for the new authorities will be more relaxed if they take a deep look at the experience of the 1990s.

It was a period of reverence when the state was established and when mistakes were made that resulted in many areas of failure.

Of course, we always think that what happened to someone else will not happen to us. But life shows that things are going well and the story keeps repeating.

We get the same blows just because we don’t study past experiences.