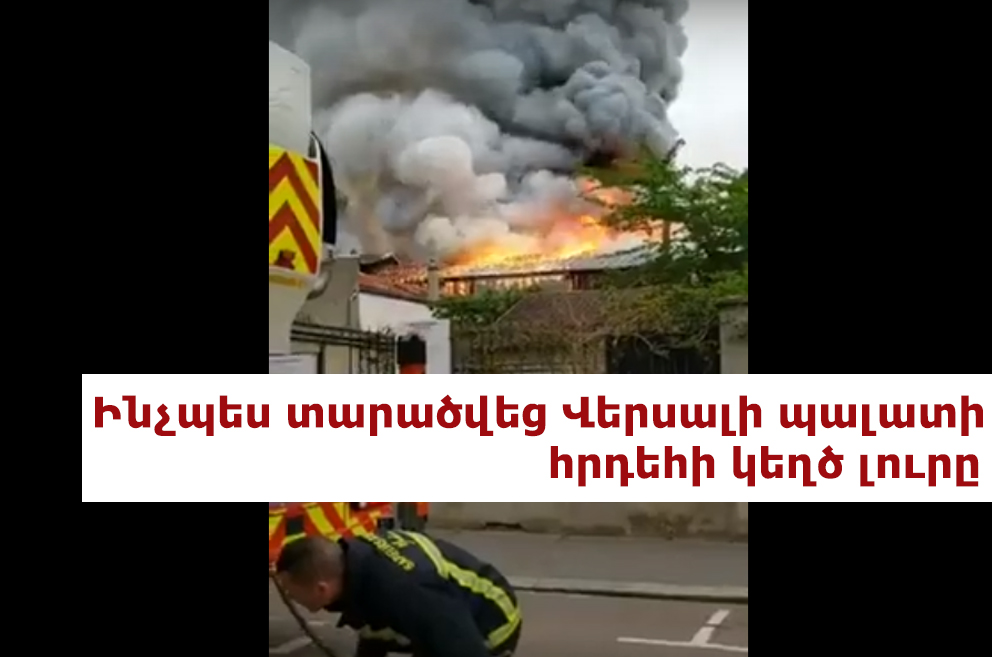 On the night of April 23, the Armenian media, following Russian media, wrote that the Palace of Versailles is burning in Paris.

In fact, Versailles was not burning, but a car repair shop 2.5 km away from it was. But the memories of the Notre Dame Cathedral were fresh, and fake news spread in the media.

“The capital of France, which has not recovered from the intense fire of the Cathedral of Notre Dame, is reeling from the fire of another historical building, the Versailles Palace,” writes Haykakan Zhamanak.

The mushroom website Info-arm.com continued. “A terrible and exceptional case.[…] The Versailles Palace in Paris has fallen into the clutches of a fire, the French haven’t yet recovered from the fire of the Cathedral of Notre Dame, and here is a new blow.”

The fake news was also reported on Shabat.am. Some media outlets used misleading titles. For example, Tert.am reported that “A Violent Fire Broke out In Versailles,” not mentioning that it was not about the well-known Versailles Palace. Yerkir Media spread a video from a Rusian source and mentioned that the fire was two kilometers away from the palace.

A fire broke out at a car repair shop in Versailles, near Paris, at 5:00 pm (7:00 pm local time). The shop is located on Park Clan Street, 2.5 km away from the famous Versailles Palace.

One person was slightly injured. The fire was extinguished 1.5 hours after the accident.

The Russian state Russia Today channel’s branch in France spread a video of smoke from the fire, not mentioning that it was referring to the city, not the palace. The same was done by Риа Новости and Газета.Ru.

Clarifications and the absence of such

Half an hour after the news was announced, Haykakan Zhamanak published an update, noting that the fire was not in the Versailles Palace. As of 11:15 pm, Tert.am, Shabat.am did the same, Yerkir Media did not publish clarification about the misleading news.