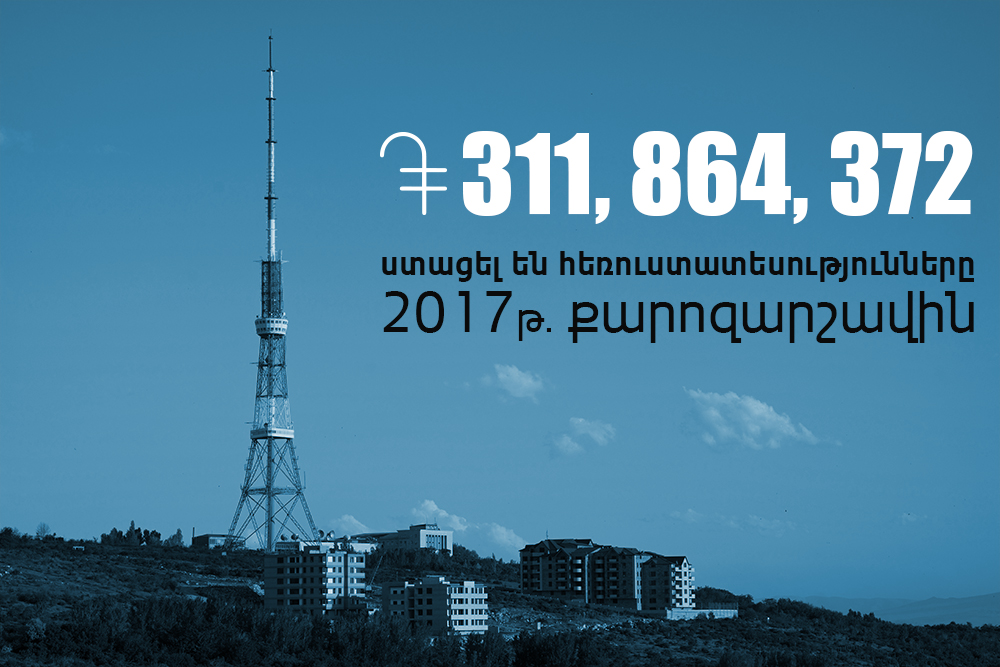 The political parties and blocs that ran in the recent parliamentary election submitted their expense reports to the Central Electoral Commission. From the analysis of the reports it becomes clear that television is the media with the greatest demand in Armenia. During the election campaign, political parties and alliances paid more than 311 million dram or about $640 thousand US dollars to TV companies.

The political groups that ran in the election purchased paid airtime from various TV companies, but they also had preferred channels.

It becomes clear from the expense reports that during the last week of the election campaign most of the finances were mainly directed toward regional TV stations.

From the political groups’ choice of regional TV stations, we can see on which regions’ electorates the political groups pinned their hopes. For example, the Tsarukyan alliance during the entire election campaign purchased airtime from Shirak marz’s [province] TV companies. HHK used the airwaves of more regional channels (Syunik, Lori, Tavush, Kotayk). ELQ and Free Democrats attached importance to the viewers of Lori and Shirak provinces’ TV companies.

To become familiar with political parties’ and blocs’ payments to TV companies between February 25 and March 24, read the article “Post-Election Accounting of Paid Airtime.”