In The Marketplace Of Ideas, Engineers Are In Demand 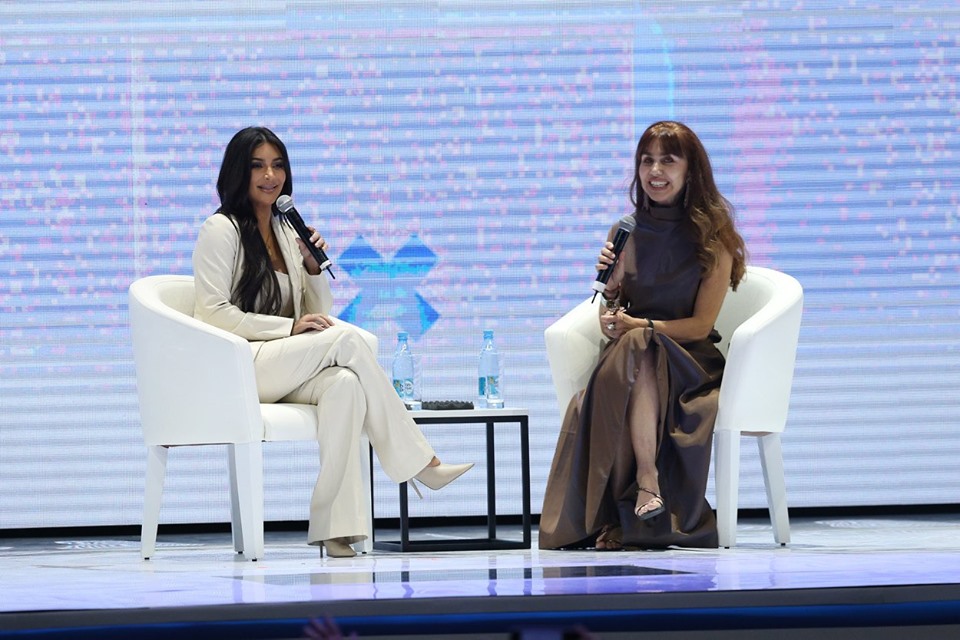 The most anticipated part of the World Conference on Information Technology (WCIT 2019) in Yerevan was the panel discussion on the Marketplace of Ideas, which also featured Kim Kardashian, a model, entrepreneur and social network and American television superstar.

Along with Kim Kardashian were the founder and CEO of PicsArt, Hovhannes Avoyan, Founder and CEO of Giphy, Alex Chung and co-founder of Reddit, Alexis Ohanian who talked about taking a step in the marketplace at the right time and turning those steps into a digital field of authority and money.

#WCIT2019 this year demanded the decentralization of power as it was done under the slogan “The Power of Decentralization: Promise and Peril.”

In the marketplace of ideas, people have come together, whose number of followers or app downloads amount to several hundred million, and in total, several billion.

These four people who are influential, rich and capable of transforming their surroundings are like “cold” weapons.

Being a weapon is also a responsibility, not just for the sake of finding a way to profit or for creating a comfortable digital environment.

Discussion participants have a tool for direct communication with a significant percentage of the planet’s inhabitants – their own pages or apps created.

And what will they do with that tool? Will they advertise a product or will they think about further humanitarian issues?

As Alex Chang said, we develop technologies, but sometimes we forget that technology companies also need philosophers. In other words, social scientists, maybe even social watchdogs.

In Alexis Ohanyan’s opinion, there is a growing need for community-based apps now, as we will be exploring the sense of community in social media in the coming years. We will strive for discussions and collaborative work.

According to Alex Chang, the power of social media will be more expressed in conversation format as people look for platforms to talk about their happiness or love.

For example, Kim Kardashian’s tens of millions of followers can discuss drastically different things on her Instagram page at the same time. And it will be like an endless community.

According to Alex Chang, if we can create conversation platforms, maybe a lot of social issues will be solved by social media.

“We need new forms of governance, maybe it can be called social management,” he said.

She also said that she is a focused and organized person, and a perfectionist, just like all women.

Perhaps the most important idea was about the educational role and responsibility of this “Marketplace of Ideas.”

According to Hovhannes Avoyan, it is important for people to use technology to change their environment and life.

And the best way to do it is art: people play with pictures, create, delete, make.

“We offer them a safe and positive platform. The network should be positive and inspiring, and the audience should be able to differentiate it,” he said, referring to his daughter’s story as an impetus for the creation of PicsArt, when his daughter was upset by offensive comments and started crying, her father, as a result, took action and invented a positive and creative environment.

“Philosophy should be a component of tech startups,” Alex Young argued citing his mother’s story, who preferred to communicate with images and GIFs because of her lack of understanding of the English language. And the thousands of people like her.

Kim Kardashian said that, of course, in the comments under her posts, there may be one that destroys the day. And being kind, avoiding dirty comments, realizing their insignificance is also part of education.

Alexis Ohanyan reminded us that if we can honestly feel how someone else feels, their emotions, fears, misunderstandings will diminish.

“It’s important to understand the fear of being misunderstood,” he said, referring to the ability of young people to live together and work together.

Fantastical ideas and the fear of not being understood

Great ideas, which may not be realistic at all, on the contrary, adhere to the genre of fantasy and model the future themselves, are perhaps the axis on which the education chains lie.

During this discussion, Moderator Magdalena Yesil suggested answering what the speakers would change, ignoring the state of reality completely. The answers assumed abstract, totally ground-breaking ideas.

And this very question best described the important issue of our Armenian (the unrecoverable post-Soviet tram) education system. We are not used to such questions.

The educational system of Armenia, with its descriptive, narrative, past-centric dogmas, does not welcome the engineering of the future – drawing and building practices.

Even if those attempts do not stand a chance, they are necessary.

Children need to be taught not so much to understand reality but to teach them to build reality.

We should give children difficult, almost unsolvable problems and kindly wait to hear what they have to say.

It can be in any place and environment that is beyond the state’s general control (the state is slow and rigid).

It is no coincidence that Alexis Ohanyan, who knows Armenia very well, advised (saying, please, please, please) to teach children to program, to write code, which is new literacy, supremacy.

Chess and the Tumo Center for Creative Technologies are the two steps that, according to Ohanyan, will shape the future of Armenia.

Give ideas that can be destroyed. Destroy, then collect. Like writing a code.

Reality modeling ideas are also forms of self-defense, a weapon (this time without quotation marks) that helps children to avoid stress, cyberattacks, and anxiety.

The more complex a task they are facing (eg, environmental-political), the harder they think.

So too does the chance to meet fresh and unexpected ideas.

All four network giants of the Marketplace of Ideas discussion said that communicating, chatting (also without language, images, and GIFs) is a fun, happy, and exciting affair, as Kim Kardashian said, it gives you wings.