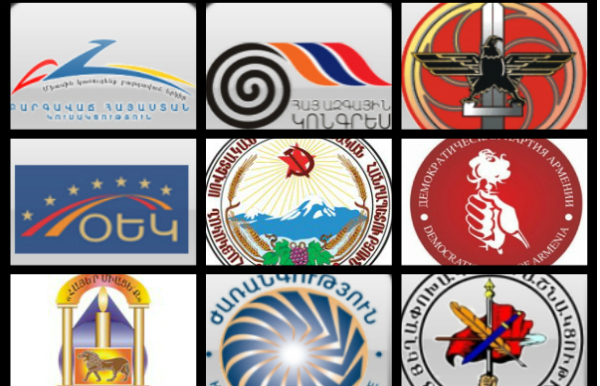 I know that many won’t agree, but it seems to me that at this stage of election season, the opportunities available to us journalists to cover the positions of different political parties have increased, if we compare with the last, 2008 presidential election.

Seventy percent of this can be explained by the surge and activity of online news sites, social networks and YouTube: it is practically impossible today to hide any election campaign–related incident — in 5 minutes it will appear online. And if any radical opposition politician wants to give a harsh assessment, it’s unlikely that he won’t be able to find a platform online to do so. Nevertheless, I am inclined to believe that 30% is explained by the fact that the ruling authorities are, to a certain extent, more at ease and tolerant than they were 4 years ago. It’s true, the progress is very limited because, in particular, independent news provider A1+ continues to be deprived of a broadcasting license. Let me add one more stipulation: I’m talking about this point in time, as it is not yet known what will happen in the coming three weeks.

What, however, is not working out in Armenia are political debates. And this is not the fault of news outlets. Those to blame, in the first place, are the Republicans, who say that “at this stage” they have opted not to enter into debates, and in the second place, the opposition bloc the Armenian National Congress (HAK), which says its target is the Republican Party of Armenia (HHK) — if they’re not going to debate, neither are we. (Yet it seemed to me that HAK’s target should’ve been the people.) Without these two political heavyweights it’s hard to organize an interesting talk show because the accusations of the other opposition parties’ are left up in the air and unanswered, while the remaining ruling parties (particularly coalition partner the Prosperous Armenia Party) don’t feel particularly responsible and join in the criticism (against the ruling party).

HHK and HAK not only aren’t entering into debates with each other, but also have whims related to appearing on television separately and stipulate certain preconditions. In this sense, the Heritage Party/Free Democrats are the easiest to work with.

Let me not hide the fact that we need a sharp collision of opinions so that TV audiences watch political debates with interest. But sometimes you are tempted to say, “Fine, don’t come.”