A Survey That Summarizes The Expectations For 2019 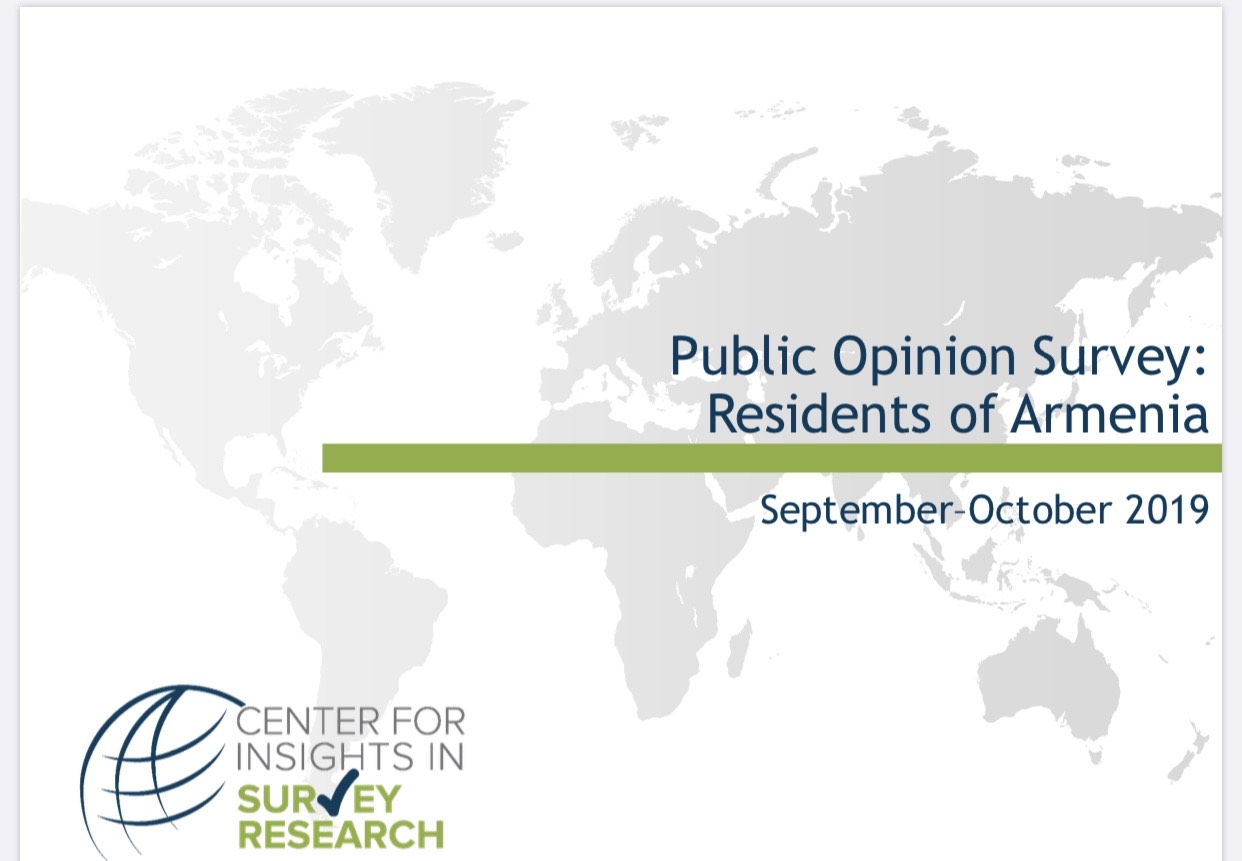 The International Republican Institute (IRI) has conducted a survey among the Armenian population to find out the current attitudes towards reforms, the work of the government, domestic and foreign policy, the economy, the media and the work of public institutions.

The IRI conducted the survey in conjunction with the Association of Sociologists of Armenia. According to the methodology, the survey was conducted face-to-face in the homes of 1,200 eligible Armenians in October in Yerevan and 10 provinces.

This is the third survey since the Velvet Revolution, and it has been viewed more positively than public expectations.

The half-yearly survey records the dynamic changes in public sentiment.

The question “Do you believe that people like you can influence decision making” is one such question.

The responses, which are given every half a year, show a somewhat lower expectation of enthusiasm and personal involvement.

Last year, the list also included Armenian media, but this year the respondents did not mention the media. The police were also not mentioned. Perhaps they considered it unfavorable.

80% of respondents think that freedom of speech and media independence have improved in the last six months (75%).

They are the highest indicators and justice and environmental policy are the lowest. 44% believe that there is no movement (neither positive nor negative) in the environmental field.

Respondents to the question “What do you think is the greatest success of the government” had three answers.

The majority of respondents (89%) say they use Armenian television to get political information. At the same time, 79% gave the same answer to this question in the previous survey.

It is possible that television is also perceived by many as a broader type of media that is also consumed on the Internet.

Other sources include social media, friends and relatives, Russian television.

As the most influential form of the pre-election campaign, the majority (59%) consider television talk shows.

The same is the case with specific reports. Shant’s Horizon tops the list of news releases (34%), and Shant’s Prospect is a leader in talk shows (23%).

The combination of citizens’ monthly income and time to access the Internet is also noteworthy. The higher the salary, the greater the need for the Internet.

Considering last year’s figures as a reason to reflect, Radio Liberty RFE has fallen far behind, and News.am has slightly improved its number of visits. 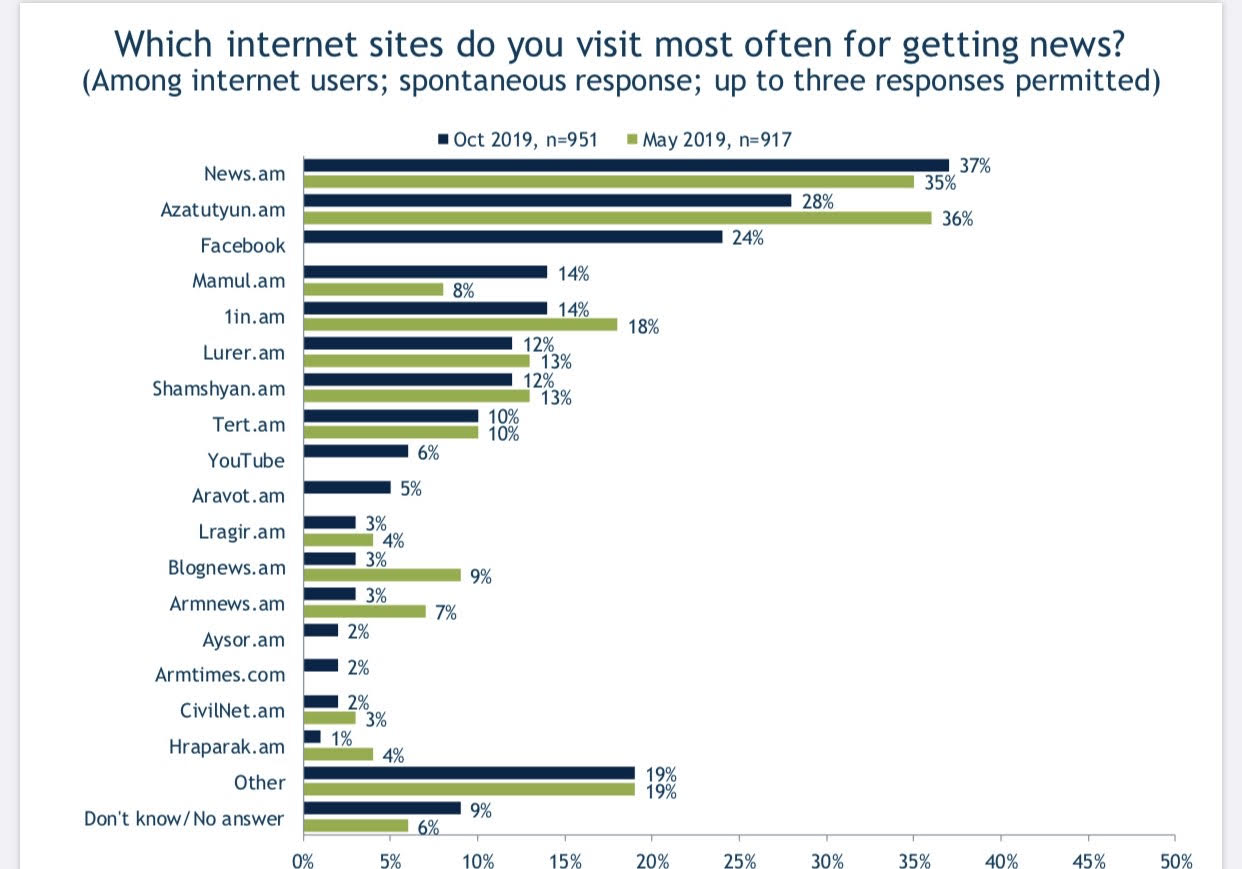 Citizens who consider mass media as not being free cite corruption (50%) and personal security (20%) as the reason.

And 37% do not know why the media is not free and cannot express different political views. For example, the authorities’ pressure on the media last year was considered a reason for imprisonment, and this year the explanation was not even considered.