A Professional Paradise For Media Activity 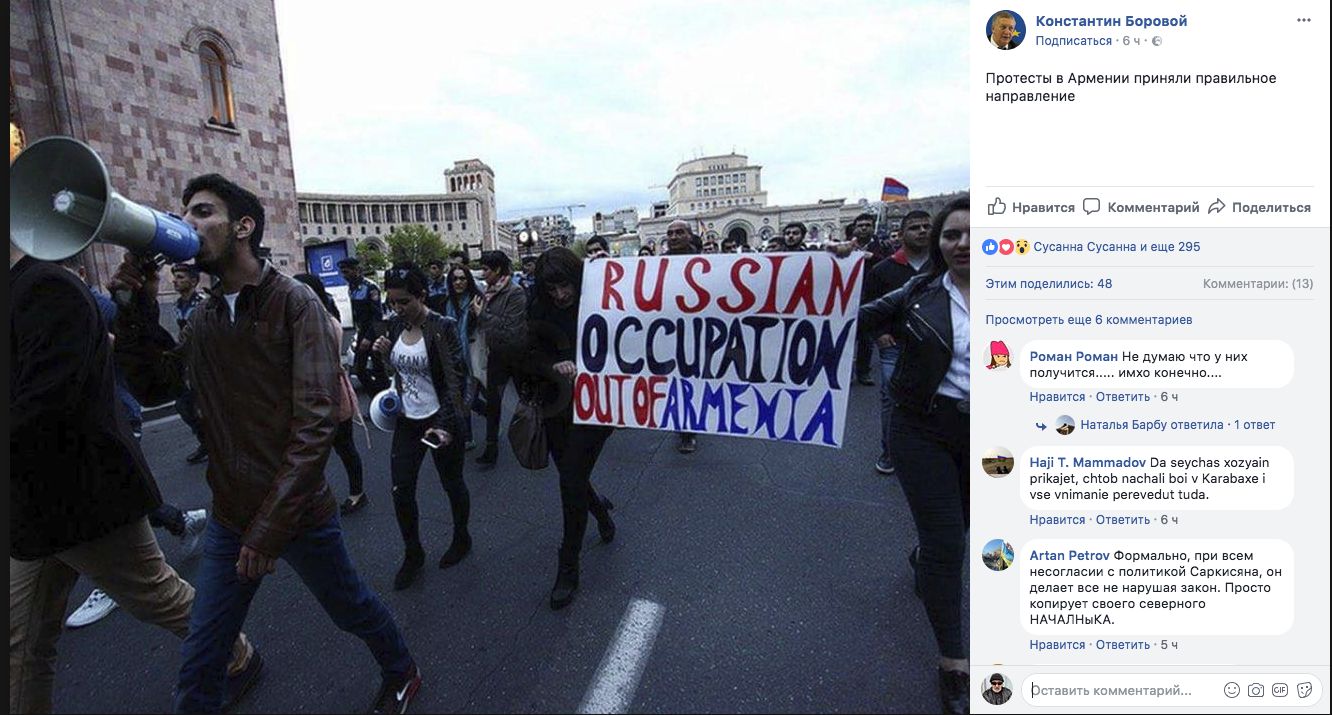 Arthur Atanesyan is a Doctor of Political Sciences, the head of the Department of Applied Sociology of Yerevan State University.

These days, he participates in and closely follows the developments in politics and the civil movement. He is convinced that the events create fertile soil for research and analysis, where the role of the media is especially important.

A. Atanesyan noticed that the spread of information flows have expanded, and aside from traditional media, include online platforms and information exchanges using smartphones. With the diversity of communication channels along with being open and accessible to the public, the nature of the disseminated information has also changed.

What kind of mediasteps are you noticing during the #MyStep movement?

Information platforms are actively used by both the ruling and by the opposition powers and by their separate representatives.

However, it should not be forgotten that any political process is not possible to complete with information alone, including on the virtual platform. That is why real people operating and acting together in real space and time, with their voices speaking publicly, their cars being driven and parked in the street, whistling and shouting, bearing the flag on their shoulders are all necessary.

The political culture that has been rooted in Armenia over the past decade has almost completely moved the leaders to a media platform, allowing the political elites to avoid direct contact with their constituents.

As a result, the responsibility of these figures have diminished towards the working style, the visibility of their “elite” lifestyle, which has nothing to do with the state, and the growing isolation of the “high class” from society.

That which the opposition, in the person of Nikol Pashinyan, is doing today, is the opposite process. The return of politics from the virtual field to reality, to the squares and streets, the operation of the mechanisms of direct democracy.

How are the capabilities of media being used these days?

Journalists today have had an unprecedented opportunity to work intensively, comprehensively, vigilantly, and at the same time with less bias. Although, of course, impartial journalism is a nonexistent phenomenon.

In the conditions of today’s unprecedented political processes, the activities of Armenian media are directly tied to reality, as a result of the influences of objective and subjective factors there is less censorship, and a more direct influence on political decisions.

In today’s reality, the country faces a number of likely objective threats, direct involvement in the internal political and civilian processes, and the opportunity to cover them is a professional paradise for the media. For beginner journalists, the current process allows for learning and applying their knowledge in a practical field, and for professionals, it is a chance for them to use their knowledge and skills.

Of course, as in different groups of society, so to in the journalistic community, representatives are urged to be tolerant of each other, not to work against each other, not to use the changing state in order to compete with each other professionally for personal results. This is not only an encouragement but also an important professional ethical principle.

In this context, it is also essential that, regardless of the predominance of certain opinions, media outlets cover all aspects of society. Today, it is extremely important to avoid the danger of the polarization of public opinions. It is important not only to encourage journalists to avoid hatred and intolerance, but also to establish ethical standards for users of information platforms (including internet users).

Otherwise, anyone who has become an independent source of information today will deal with the political processes online, often with interpretations which are far from reality and knowledge, which will separate the people based on “their own” and “alien” principles.

What are alternative ways of spreading information and in what quality?

Today, the influence and consumption of traditional media outlets and social media are practically the same, which means that previously, social media and online websites were considered alternative media, today they are no longer alternatives.

In the conditions of today’s reality, the quality and balance emotionalism of traditional media’s professional process are also noticeable.

Meanwhile, many of our compatriots on social networks have given in to purely emotional linguistic games, actively criticizing and insulting individuals, demanding their resignations. The level of discussion of the most important events on social networks are often far from Nikol Pashinyan’s call for love and tolerance. That is, we have to deal with the radicalization of media platforms.

As I said, the media field today is essentially closer to reality, operative, and for that reason less censored than before. This means that, as a result of live broadcasts and less censorship, it’s more objective.

According to the “Spiral of Silence” effect, today we see trending and popular opinions pressuring other opinions. For example, criticizing the opposition today is as dangerous, as it had been to criticize ruling powers before. This cannot be a positive phenomenon, and the public opinion is being thrown from one extreme to another.

Television seems to be out of the competition, what other changes do you notice in the media field?

Television has not exhausted itself. The use of television broadcasts on May 1st in the National Assembly clearly proved this.

People, in the square and at home, followed the important political debates on television. TV broadcasts of the sessions, when compared to online broadcasts, were left behind as well, and it was apparent in the delayed responses.

Of course, mass media are tools for those in power, and in the events of certain conditions, the government’s own institutions.

These days, a group of direct democracy processes are being implemented. That is, oppositionists’ direct public relations with their supporters, where the role of mediating media diminishes.

At the same time, the number of media events have increased, nearly every current event has become exclusive, which promotes public attention to media productions.